MDMA used to be called ecstasy in the 1990s, but more recently it has gone under the name molly. It is still a popular party drug among young adults, but the effects of molly on physical and mental health are dangerous and damaging. 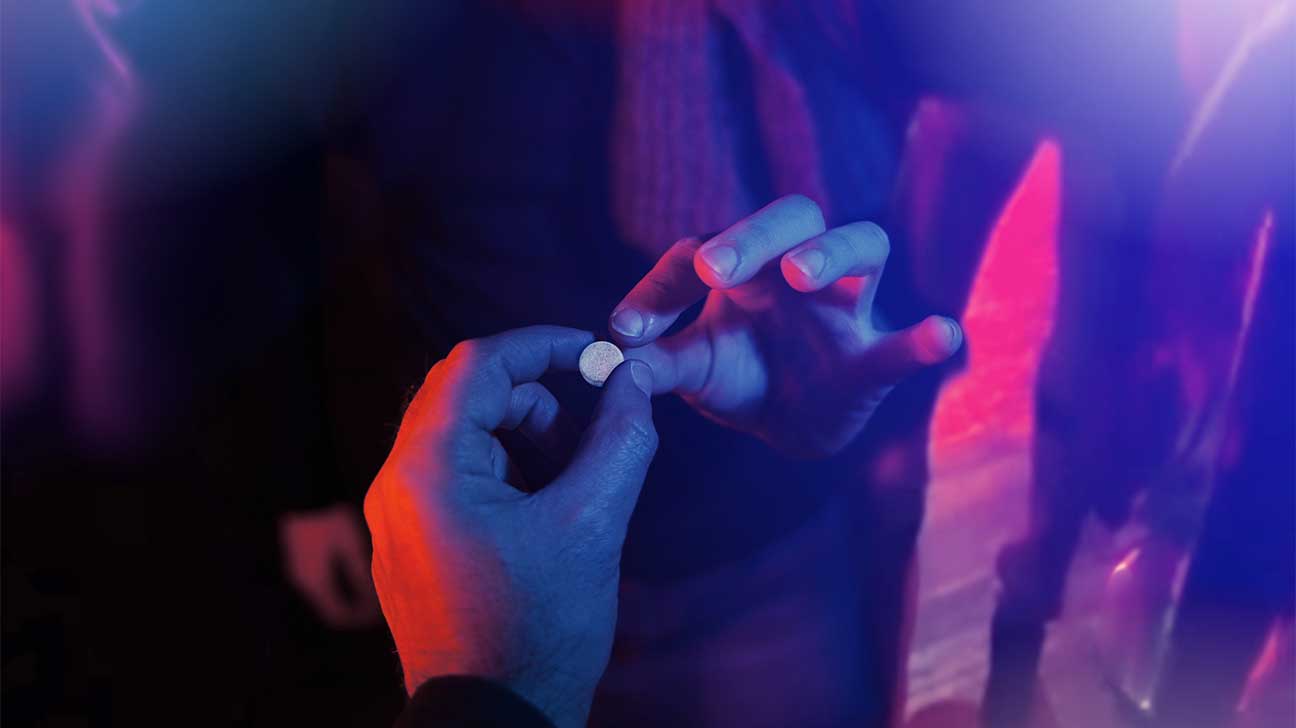 Molly is a psychoactive stimulant drug that is popular among young adults.

It has hallucinogenic drug properties that intensify the visual and tactile experience, so it is especially popular at parties, raves, and music festivals.

But for all its popularity, molly is not a new drug. It is rebranded ecstasy.

Molly is usually swallowed in capsules whereas ecstasy is usually in the form of tablets. Although molly comes in a powder form of MDMA, the effects of ecstasy and molly are the same.

The name molly is a slang term for molecular which indicates the powder form it comes in and implies that the drug is pure, not cut with any other drugs.

In fact, molly is just as prone to cutting agents as ecstasy. The essential ingredient in the drug is methylenedioxymethamphetamine (MDMA).

MDMA is a synthetic drug that has been around since 1912 when a pharmaceutical company in Germany created it to be a parent compound from which the company could derive medicines to control bleeding.

The drug came of age in the late 1960s, and in the late ‘70s some psychiatrists gave it to their patients to help them open up in therapy.

MDMA was not made illegal until 1988, and it was in the 1990s that the drug began its popularity as the nightclub drug known as ecstasy.

Learn more about what molly is made of.

How Molly Works In The Body

MDMA is both a stimulant and a hallucinogenic drug, which is described by the two components of its name.

The combination of stimulant and hallucinogenic properties is why the drug provides such overwhelming sensory experiences.

People who use MDMA also describe a feeling of extreme well-being wherein they lose their inhibitions.

This is because the drug interacts with the neurotransmitters norepinephrine, dopamine, and serotonin.

What Are Common Signs And Symptoms Of Molly Abuse?

People who take the drug often feel a sense of detachment and can have difficulty predicting the consequences of motion (such as if they are about to run into something).

People who use MDMA typically take it for days at a time at a series of parties, and after having binged molly they can feel depressed, irritable, and have trouble sleeping.

How To Identify Molly

Molly usually comes in capsules, but sometimes people keep it in its powder form so they can snort it.

MDMA powder usually looks gray and white, but when it comes in pill form, it is usually very colorful, in different shapes, and stamped with cartoon characters.

In keeping with the drug’s image of harmless fun, makers of molly will sometimes alter the odor. However, in its pure form, MDMA smells like black licorice.

What Other Substances Are Found In Molly?

The dangers and effects of MDMA can both be intensified when it is cut with other additives or drugs.

Molly has been known to be cut with:

What Are The Effects Of Molly Use?

MDMA is known for its enhancements of the sensory world, but, like other forms of drug addiction, it also comes with a number of other side effects that are less enticing.

Learn more about the side effects of molly abuse.

One of the effects of MDMA is hallucinations, but with that comes the side effect of a condition known as molly eyes, which includes rapid eye movement and blurred vision.

Other short-term effects include:

Read more about the short-term effects of molly.

The long-term effects of MDMA drug use are not wholly understood because of the lack of research into that area of the drug.

However, long-term effects of the drug are thought to include:

How Long Will Molly Remain In The Body?

MDMA can be detected in the body through a urine drug test as long as six days after the last ecstasy use, but usually between one to three days.

For blood and saliva tests, molly is detectable between one and two days, but in hair follicles, it can be detected for as long as 90 days.

Learn more about how long molly stays in your system.

What Are The Risks Of Mixing Molly With Other Drugs Or Alcohol?

Mixing any illicit or abusable substances is dangerous, and MDMA is no exception. For example, heroin inhibits the enzyme that metabolizes MDMA.

If heroin and MDMA are taken together, higher concentrations of MDMA will enter the bloodstream, increasing the chance of a molly overdose.

Because it is a party drug, Molly is often taken with alcohol. But this too has its dangers. Taking MDMA with alcohol can increase your chance of dehydration.

Can A Molly Addiction Be Dangerous?

Molly addiction is as serious as other forms of illicit drug addiction.

Since 1988, MDMA has been listed under the Controlled Substances Act as a Schedule I drug. This means that it has no medical use and a very high potential for abuse.

Coming down from MDMA, especially if you are experiencing an ecstasy addiction, can have adverse effects.

Negative effects of coming down off molly include:

Read about the comedown effects of molly.

Can Molly Lead To Withdrawal?

Yes, it can, and MDMA withdrawal can be very unpleasant.

Molly withdrawal symptoms can include:

There are medication-assisted treatments for MDMA detox, but that does not mean that you should do it at home.

When detoxing from any drug, you should do it under medical supervision through a drug rehab center.

Healthcare professionals can monitor you and often treat the symptoms of detox to make you more comfortable.

Treatment options for molly addiction can also include:

If you have more questions about MDMA use, review the frequently asked questions below.

Is Molly A Sex Drug?

Molly is considered a sex drug because it hyper-sensualizes experiences, giving rise to the belief that sex is more pleasurable when on MDMA.

Find out more about why molly is considered a sex drug.

Does Molly Cause Brain Damage?

The long-term effects of MDMA are unknown, but studies indicate that molly can cause lasting problems with depression, memory, and attention span.

Read more about the effect of molly on the brain.

What Are The Street Names For Molly?

Molly is itself a street name for MDMA. Other street names include ecstasy, beans, lover’s drug, and peace.

How Much Does Molly Cost?

While all drug prices vary, molly tends to be relatively stable at around $20 for a single dose.

Read more about the street price of molly.

What’s The Difference Between Molly And Sally?

Learn more about the difference between molly and sally.

Can You Fatally Overdose On Molly?

While not as common as fatal overdoses on other drugs, too much MDMA can induce organ failure.

Learn more about the lethal dose of molly.

If you think that you or your loved one is experiencing an addiction to MDMA, you can get help.

At AddictionResource.net, we give confidential help to aid you in finding a professional treatment center.

We can direct you to a treatment program for molly addiction in your city or your region. Call our helpline today, and get started on addiction treatment.

Medically Reviewed by
Johnelle Smith, M.D on October 13, 2022
Questions About Treatment?
We offer 100% confidential substance abuse assessment and treatment placement tailored to your individual needs. Achieve long-term recovery.
People also read
The Dangers Of Snorting Molly Dangers Of Plugging Molly Molly Vs. Sally: What’s The Difference? How Much Does Molly Cost? Is Molly A Sex Drug? What Does Molly Look Like? What Does Molly Smell Like? Side Effects Of Molly What Are The Comedown Effects Of Molly? The Effects Of Molly On The Eyes Street Names For Molly What Is A Lethal Dose Of MDMA (Ecstasy/Molly)? The Dangers Of Drug Use At Music Festivals