Many illicit drugs, and some prescription drugs, are commonly referred to by their street names. Street names may be used by people who are misusing or addicted to drugs. 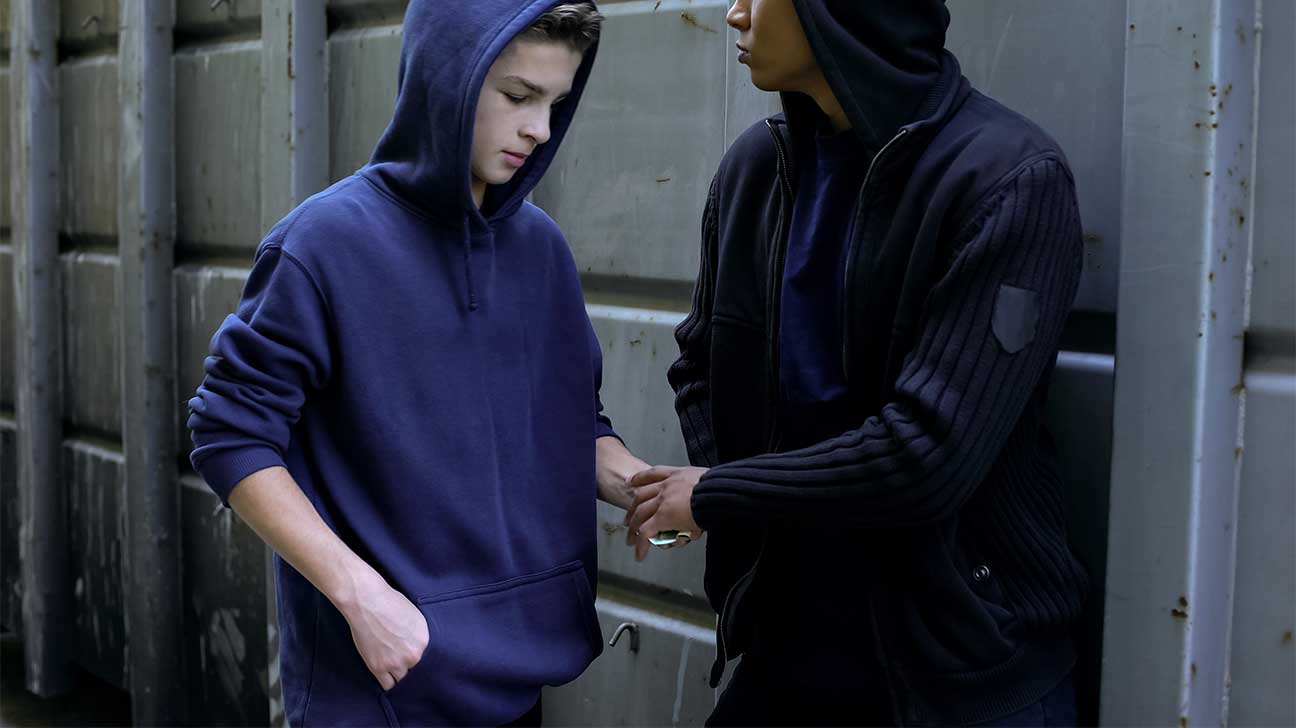 Street names, or slang terms, for drugs are commonly used by people who manufacture, sell, or buy illicit drugs.

Slang terms are also used for some prescription drugs that are resold on the street.

Many illicit drugs are known by their street names. Street names can be used in order to avoid detection by law enforcement and avoid criminal penalties for drug possession or sales.

Heroin is an illicit opiate drug. Heroin is commonly sold in the form of a white powder, brown powder, or dark sticky substance known as black tar.

Some popular street names for heroin:

Cocaine is an illicit stimulant drug that comes in powder form. It can be snorted, injected, or smoked in its rock-crystal form (crack cocaine).

Methamphetamine (meth) is an illicit stimulant drug. It can come in the form of a powder, pill, or rock form (crystal meth).

Molly, also known as MDMA or ecstasy, is a psychoactive drug with stimulant and hallucinogenic properties. It’s often used as a “party drug” or “club drug”.

Some popular street names for molly:

Phencyclidine (PCP) is a dissociative, hallucinogenic drug. It is used recreationally as a party or club drug.

Some popular street names for PCP:

Some popular street names for LSD:

Psilocybin is a naturally occurring psychedelic drug in certain kinds of mushrooms.

Popular street names for psilocybin include:

Ketamine is a dissociative drug that is used recreationally. It also has medical use in clinical settings as an anesthetic.

Popular street names for ketamine can include:

Rohypnol (flunitrazepam) is a benzodiazepine that is illegal for all use in the United States.

Some popular street names for Rohypnol:

Cannabis, also known as marijuana, is a drug that has been decriminalized in almost all states, legalized for medical use in most states, and is fully legalized in select states.

Popular street names for marijuana include:

Some prescription drugs, including prescription painkillers and anxiety medications, are misused for their effects.

Prescription drugs can be resold on the street and referred to by either their brand name, generic name, or street name.

Street names for opioids include

Street Names For Other Prescription Drugs

Prescription amphetamines and antidepressants like sertraline (Zoloft) can be resold on the street and referred to by certain slang terms.

Street names for amphetamines and antidepressants commonly include:

Why Do People Use Street Names For Drugs?

Street names are often used to avoid detection by law enforcement, family members, healthcare professionals, and other loved ones.

Many common drugs of abuse—such as heroin and cocaine—are illegal to possess and sell. The use of street names can therefore be a preventative strategy to avoid facing criminal penalties.

Street names are also sometimes used by people struggling with drug abuse or drug addiction. These people may use common slang when buying drugs or talking to others who use drugs.

If you believe you or a loved one is struggling with substance abuse or addiction, we may be able to help.

Call us today to find a substance abuse or addiction treatment program that’s right for you.