Fentanyl is an extremely dangerous and potent synthetic opioid that may cause serious health issues or overdose death when abused. Treatment programs for fentanyl abuse may include detox, behavioral therapy, and co-occurring disorder care. 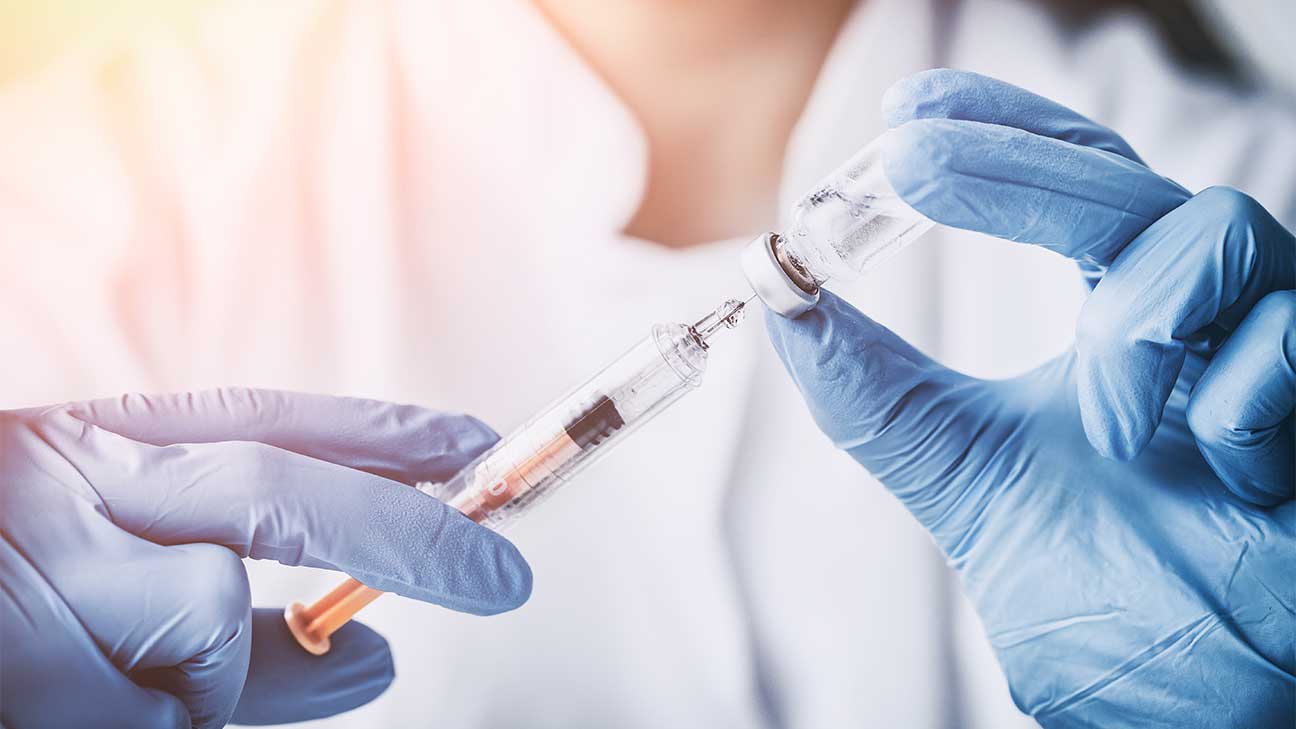 Fentanyl is a synthetic opioid that is 50 to 100 times more powerful than morphine. When misused, people can quickly develop physical and psychological addictions to the drug.

Prescription fentanyl is used to treat people with severe pain, but it’s also made and sold illegally. Synthetic opioids such as fentanyl are responsible for thousands of overdose deaths annually.

People with substance use disorders due to fentanyl drug use may achieve sobriety at an addiction recovery center that offers evidence-based therapies.

Pharmaceutical fentanyl was originally developed to help with pain management for cancer patients. Due to its potency, it quickly became a common substance of abuse.

Illegal fentanyl is primarily manufactured in Mexico. It is often added to illicit drugs such as heroin, cocaine, or methamphetamine to increase profit margins for drug dealers.

Learn more about what fentanyl is.

There are marked differences between pharmaceutical fentanyl and illicitly-produced fentanyl.

When prescribed by a doctor, fentanyl is typically administered in a shot, a transdermal patch, or as a dissolvable lozenge.

When manufactured illegally, fentanyl can be sold as a white powder, blotter paper, liquid form, or made into tablets that resemble other prescription medications.

It takes a small dose of fentanyl to achieve a powerful euphoric high. As a result, it has become a popular cutting agent for other, more expensive substances such as cocaine and MDMA.

Learn more about the different types of fentanyl.

Proper Use Of Fentanyl Vs. Misuse

The proper use of fentanyl can only be accomplished when taken under the strict supervision of a physician.

The most common way to use the drug in a clinical setting is through a fentanyl patch applied to the skin. The drug will then absorb into the body over a three-day period.

When misused, fentanyl can be ingested in a variety of ways. Methods of abuse include insufflation (snorting), and oral administration through tinctures or dissolvable blotter paper.

Taking fentanyl outside of the direction of a healthcare professional is extremely dangerous because the exact dose of fentanyl in any given substance may not be known.

When fentanyl is taken with other drugs, including over-the-counter or prescription medications, the effects can be unpredictable and potentially life-threatening.

The most dangerous drug interactions may occur when fentanyl is combined with alcohol use, monoamine oxidase inhibitors (MAOI) antidepressants, and benzodiazepine drugs.

Adverse effects of fentanyl polysubstance abuse may include:

Learn more about how fentanyl interacts with other drugs.

The Symptoms Of Fentanyl Misuse

When a person develops an addiction to fentanyl, they will begin to exhibit a range of physical, mental, and behavioral symptoms.

People who use fentanyl will experience several physical symptoms that can point to misuse.

Physical symptoms of fentanyl abuse include:

Fentanyl abuse can have significant impacts on a person’s brain and mental well-being.

The mental symptoms of fentanyl addiction include:

Many people engage in “doctor shopping” or visiting several doctor’s offices in an attempt to get multiple prescriptions for fentanyl. People may also attempt to forge fentanyl prescriptions.

Comparing Fentanyl To Other Opiates

Whether manufactured in a clandestine lab or made in a legal pharmaceutical setting, fentanyl is slightly different than other types of opioid drugs currently on the market.

The most notable difference between fentanyl and oxycodone is their potency, as fentanyl is several hundred times more potent than the average formulation of oxycodone.

Hydrocodone is a semisynthetic opioid derived from the opium poppy plant. While quite similar to oxycodone, Vicodin use is more likely to cause side effects such as tiredness.

In comparison to fentanyl, Vicodin is far less powerful and thus harder to overdose on.

Heroin is derived from morphine but is considered an illegal drug with no acceptable medical use. It can be snorted, smoked, injected, or rectally administered.

While heroin is approximately five times more powerful than morphine, it is still considered far less potent than fentanyl.

Morphine has been in use for hundreds of years as a pain reliever, and when used it causes an intense euphoric high.

Due to the fact that fentanyl is around 100 times stronger, morphine is considered a safer option for pain management.

Learn more about fentanyl vs. morphine.

The Risks Of Using Fentanyl

Using fentanyl can be very dangerous, particularly when consumed outside of the purview of a physician. The following are some of the gravest risks associated with taking fentanyl.

Fentanyl abuse is increasingly popular among teens and young adults. People who use fentanyl in adolescence are more likely to develop an addiction to opioid drugs or other substances.

Additionally, young people are more prone to combine fentanyl with other types of substances such as alcohol, which will increase the chance of a fatal overdose.

Exposure to fentanyl at any stage of pregnancy may cause irreparable harm to the fetus, altering the cognitive and physical development of the child.

Using fentanyl during or immediately following pregnancy carries a variety of risks including neonatal respiratory depression and neonatal withdrawal.

Learn more about the risks of using fentanyl during pregnancy.

The Side Effects of Using Fentanyl

There are several adverse side effects of taking fentanyl. Anyone who uses the drug may experience these effects.

There are several physical side effects of fentanyl use ranging from mild to severe.

Physical side effects may include:

The mental side effects of fentanyl abuse can range in severity depending on a variety of factors.

Some of these effects may include:

Learn more about fentanyl’s side effects.

Recognizing fentanyl in its many forms can be difficult considering it can look, smell, and taste similar to many other pharmaceutical drugs.

The Look Of Fentanyl

Fentanyl may take on the appearance of white or multicolored pills, clear liquid, or a grey, tan, or white powder.

Usually, fentanyl is not pure and is commonly mixed with other illicit drugs such as heroin, methamphetamine, and cocaine.

The Smell Of Fentanyl

Fentanyl is difficult to identify by smell because it doesn’t have a particularly unique scent. It’s nearly impossible to identify the presence of fentanyl from the smell as it’s often odorless.

The Taste Of Fentanyl

Fentanyl’s taste will differ based on what form the substance is in and what it’s mixed with.

Recent studies reported by the National Institutes of Health (NIH) have shown that some people can identify fentanyl-laced heroin due to fentanyl’s comparatively sweet taste.

How Do You Prevent A Fentanyl Overdose?

People who use fentanyl can lower the risk of overdose by taking some basic precautions.

Fentanyl test strips are an effective way of finding out whether drugs are laced with fentanyl.

Test strips are used by placing a small amount of the substance on the strip and waiting five minutes for results. One line means fentanyl is present and two lines indicate a negative result.

Naloxone can quickly reverse drug overdose from substances such as heroin, fentanyl, and other illicit drugs or prescription medications by blocking opioid receptors in the brain.

People can administer naloxone to themselves or another person by using a prefilled nasal spray or injectable liquid.

When used correctly, naloxone can restore normal breathing within three minutes. Sometimes, more than one dose of naloxone may be required when opioids such as fentanyl are involved.

The first step in treating fentanyl abuse is entering a drug rehab program. Once enrolled, facility staff will design a treatment plan that fits the unique needs of the client.

Medical detox is one of the most important steps in the treatment process, as it helps remove toxins from the body under strict monitoring from a healthcare professional.

Fentanyl detoxification may last between seven to 10 days, depending on the severity of withdrawal symptoms and the number of drugs or drinks consumed.

Opioid withdrawal begins after the body has been without the drug for a few hours. Symptoms of withdrawal include anxiety, vomiting, and severe abdominal pain.

Medical detox with medication-assisted treatment (MAT) can help mitigate the symptoms of withdrawal and make the process far more comfortable for the person detoxing.

Once the detoxification process is complete, a client will typically transition into an inpatient or outpatient treatment center to continue with the recovery process.

Additional treatment services may include:

Where Does Fentanyl Come From?

Legal fentanyl is primarily manufactured in labs in the U.S. In contrast, illicit fentanyl may originate from Mexico, China, or India and be trafficked to the U.S. in powder or pill form.

How Is Fentanyl Made?

Fentanyl is not a naturally occurring substance and must be made in professional or clandestine labs. When developed legally, it typically comes in the form of patches, pills, or liquid solutions.
Fentanyl is a member of the phenylpiperidine family, which include sufentanil, alfentanil, and carfentanil.

What Is Rainbow Fentanyl?

Rainbow fentanyl is a relatively new formulation of fentanyl that comes in a myriad of colors, shapes, and sizes.

This type of fentanyl is particularly alarming because the appearance is similar to candy, and could be accidentally ingested by children

How Do I Know If I Have Been Exposed To Fentanyl?

While illicit fentanyl cannot be absorbed through the skin simply by touching the liquid or powder, some people may accidentally take fentanyl if they’re using drugs such as cocaine.

How Many People Overdose On Fentanyl Annually?

Recent data from the Centers for Disease Control and Prevention (CDC) shows that over 90,000 people overdosed on drugs in 2020.

Among opioid-involved overdose deaths, over 82% are from synthetic opioids such as fentanyl.

What Is The Fentanyl Death Pose?

The fentanyl death pose refers to the way the body stiffens when someone has overdosed on fentanyl. Muscle rigidity in the torso is also referred to as “wooden chest syndrome.”

Finding substance abuse treatment for fentanyl abuse can be stressful, but help is available at several treatment facilities throughout the nation.

For additional information on drug and alcohol rehab centers, call our helpline today.

Medically Reviewed by
Johnelle Smith, M.D on October 27, 2022
Questions About Treatment?
We offer 100% confidential substance abuse assessment and treatment placement tailored to your individual needs. Achieve long-term recovery.
People also read
Snorting Fentanyl: Dangers Of Fentanyl Insufflation How Much Does Fentanyl Cost On The Street? Street Names For Fentanyl Timeline For Fentanyl Detox And Withdrawal What Is A Lethal Dose Of Fentanyl? Dangers Of Fentanyl Exposure