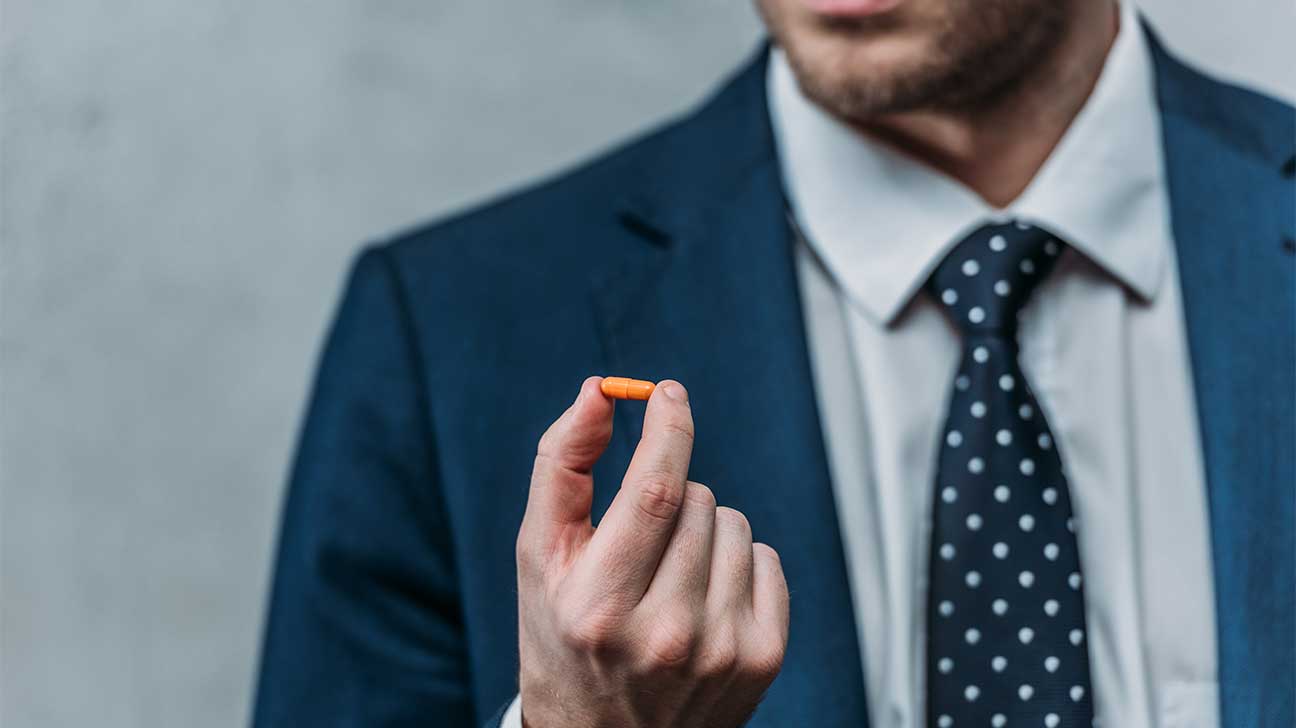 They are classified as Schedule II controlled substances due to their addictive nature and propensity to be abused.

Much of the time, people who abuse amphetamines such as Adderall do so outside of a prescription, and thus without legitimate medical need.

For instance, a person with ADHD can benefit from an amphetamine prescription, since they need the drug to rebalance certain chemicals in the brain.

However, someone without a prescription can abuse the drug to get a ‘high’ due to its stimulant nature.

There are multiple forms of substance abuse treatment for people addicted to amphetamines, including therapy and counseling, cognitive behavioral therapy (CBT), and self-help groups.

Amphetamines are a group of synthetic, psychoactive drugs called CNS stimulants. They are used medically to treat ADHD, narcolepsy, and obesity.

Amphetamines work by increasing the activity of the neurotransmitters dopamine and norepinephrine in the brain.

Why People Use Amphetamines

There are several reasons why people might choose to use amphetamines.

In some cases, people may use amphetamines to lose weight or manage their appetite. Some people may simply enjoy the stimulant effects of the drugs.

People with a legitimate need for the drug, however, are prescribed it to restore a careful balance of dopamine neurotransmitters in the brain, something lacking in persons with ADHD.

This allows them to calm their hyperactivity, maintain focus, and reduce anxiety or stress-related movements or thought patterns.

There are a number of amphetamine-based drugs used to treat mental health disorders.

Adderall, one of the most common types of amphetamines, is used primarily to treat ADHD. It contains four separate amphetamine salts.

The amphetamine salts in Adderall are:

There are multiple types of Adderall, some of which contain different isomer ratios and D/L amphetamine mixtures to facilitate the best results with each patient.

People may misuse Adderall by mixing it with other drugs or alcohol to enhance or counteract the effects of these substances.

Both Adderall and Ritalin are CNS stimulants used to treat the same type of mental health disorders.

However, Ritalin produces effects much faster than Adderall, with effects lasting up to three hours, while Adderall can last up to six hours.

Like Adderall, Ritalin may be abused, particularly for its quicker onset of effects.

Unlike Ritalin and Adderall, which are both composed of amphetamine salt mixtures, Vyvanse contains a compound called lisdexamfetamine.

This compound, once ingested, is broken down by the body and turned into dextroamphetamine, where it then affects the CNS. This is what constitutes Vyvanse as an amphetamine ‘prodrug.’

How Amphetamines Compare To Other Stimulants

Amphetamines are only one kind of stimulant substance that is available today.

There are many other types of strong stimulant drugs, some of which are used legitimately, and others that are abused or mixed with other substances during illicit drug production.

Amphetamine drugs can have both positive and negative side effects.

People with ADHD or narcolepsy, for instance, benefit from amphetamine prescriptions due to the increased focus, improved mood, and improved mental and physical performance it produces.

However, there are many negative side effects of abuse of amphetamine drugs, which can result in heart attack or stroke, and behavioral or mental health symptoms, among other side effects.

Some of these negative side effects include:

There are multiple methods by which amphetamine drugs are abused.

The most common forms of drug abuse include:

Amphetamine drugs can also be crushed for snorting or can be mixed with a soluble solution for intravenous injection.

Signs of a potential amphetamine substance use disorder include:

Amphetamine drug addiction brings with it a number of dangers and health risks.

Combining a stimulant, such as amphetamine, with a depressant — such as alcohol — can make the person feel less inebriated.

However, taking an amphetamine prescription alongside these substances can negate their depressant effects and result in false confidence and dangerous activity.

There are many physical and mental illness risks associated with abusing amphetamines, too.

Some of the negative consequences of amphetamine abuse include:

Amphetamine tolerance is the process by which the body becomes less responsive to a drug after repeated use.

Tolerance to amphetamines can develop quickly, and people may find that they need to take higher doses of the drug to achieve the same effects. Tolerance can lead to dependence and addiction.

Amphetamine withdrawal refers to the range of symptoms that can occur when a person stops taking amphetamines after using them for a prolonged period of time.

These symptoms can include fatigue, depression, anxiety, and irritability.

Amphetamine overdose is a serious medical emergency that can lead to death.

Treatment of an amphetamine overdose typically includes supportive care and administration of medications to control symptoms.

How Long Amphetamines Stay In Your System

The half-life of a drug is the time it takes for the concentration of the drug in your body to decrease by half, with amphetamines having a relatively short half-life.

Other factors, such as your age, weight, and kidney function, can also affect how long amphetamines stay in your system.

Generally, amphetamines will stay in your system for about two to three days. However, in some cases, they may be detectable by blood tests for up to five days.

Mixing Amphetamines With Other Drugs

Mixing amphetamines with other substances, such as methamphetamines or heroin, can be dangerous and even fatal.

Cocaine is a powerful stimulant that increases alertness, energy, and euphoria. Prescription amphetamines are also strong stimulants but are not as powerful as cocaine.

When these two drugs are combined, the effects of both are significantly amplified.

The combination can lead to an increased heart rate and blood pressure, which can be dangerous or even deadly. It can also cause delusions and hallucinations.

Read about the difference between cocaine and amphetamine.

Mixing Adderall and heroin can also be dangerous.

When these drugs are mixed, the result is a potent and euphoric high which can trigger respiratory depression due to opiate-induced depression and amphetamine-induced stimulation.

The use of the drugs together can cause a lack of awareness, induce substance toxicity, and may result in fatal overdose.

Learn about mixing Adderall and heroin.

The most common side effect of taking benzodiazepines and amphetamines together is increased anxiety and paranoia.

Benzodiazepines can cause drowsiness, while amphetamines induce alertness. When benzos are combined with amphetamines, this can lead to trouble staying awake and concentrating.

Mixing the two drugs can also cause overdose, induce coma, and result in death.

Read about mixing benzodiazepines and amphetamines.

Amphetamine abuse can be dangerous and even fatal. Fortunately, there are many addiction treatment centers that provide quality rehabilitation services for amphetamine abuse.

The first step in treating amphetamine abuse is often detoxification, which can be performed in an outpatient or inpatient setting.

Amphetamine detox can lead to a number of withdrawal symptoms, but there are treatment programs that can help in the detox process.

Services such as counseling, behavioral therapy, and medication-assisted treatment (MAT) can help patients detox from amphetamines.

Find out more about amphetamine detoxification.

Tapering is often done when someone is trying to quit using amphetamines, or when they are trying to reduce their use to a lower level.

Dual diagnosis treatment for co-occurring disorders is a comprehensive treatment approach that addresses both the mental health and substance abuse of an individual.

This type of treatment is also sometimes referred to as integrated treatment or dual diagnosis care and includes both mental and physical health management services.

If you, a family member, or a loved one is in search of addiction treatment services for amphetamine use, call our helpline today to discuss enrollment at a rehab center near you.

Medically Reviewed by
Johnelle Smith, M.D on June 24, 2022
Questions About Treatment?
Get confidential help 24/7. Fill out the form below for:
People also read
Amphetamine Overdose: Signs | Symptoms | Treatment List Of Stimulant Drugs From Strongest to Weakest What Is Amphetamine Tolerance? How To Detox From Amphetamine Amphetamine Overdose Signs And Treatment