Trazodone addiction may occur when people use the drug over a period of time or in high doses. Treatment options for trazodone abuse may include detoxification, counseling, and medication-assisted treatment (MAT). 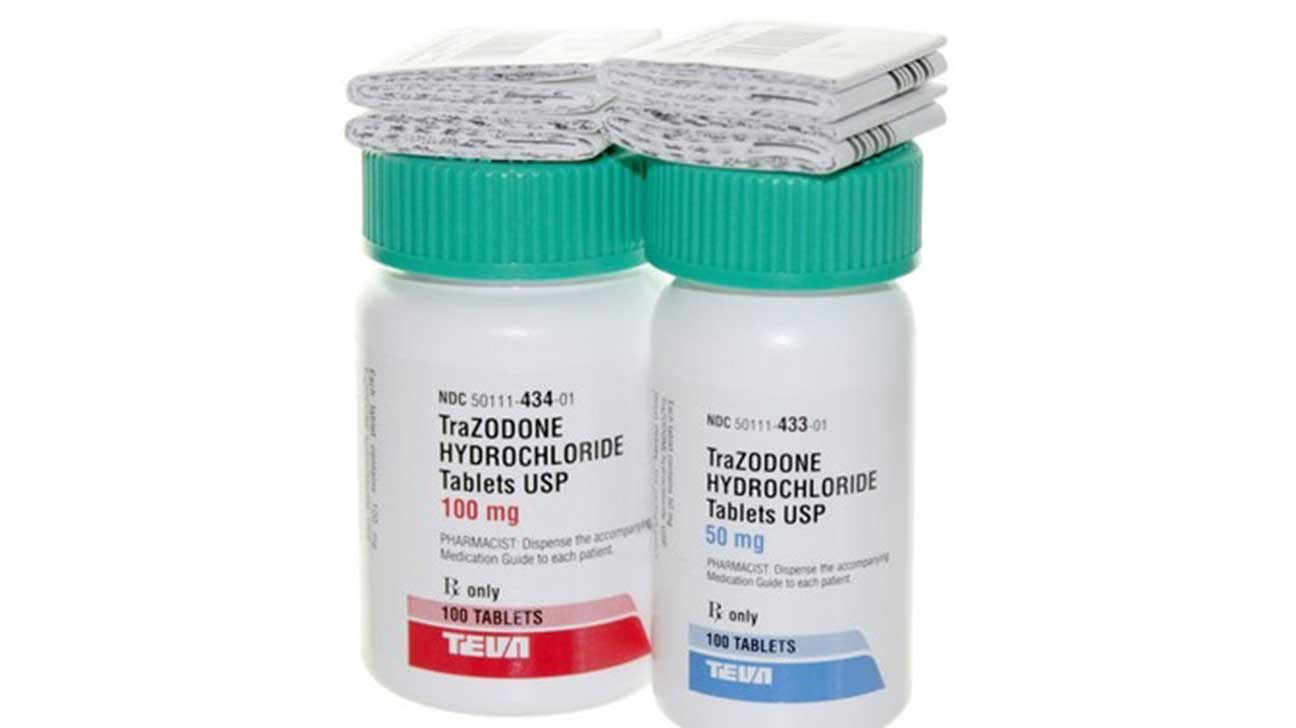 Trazodone, also known by the brand name Desyrel, is an antidepressant medication used to treat anxiety and major depressive disorders.

Addiction to prescription drugs such as trazodone may occur when people take the substance outside of the prescribed dosage or continue to use the drug after their prescription expires.

How Do People Abuse Trazodone?

Many people abuse trazodone by taking high doses of the drug in tablet form, but it’s not the only way to use the substance. Other common ways of abusing trazodone are as follows.

Some people crush up trazodone pills into a powder and snort it through a straw. This method of use allows the medication to be quickly absorbed into the blood.

Plugging trazodone refers to the act of inserting trazodone into the rectum in an effort to more quickly feel the effects of the drug.

Plugging drugs is particularly dangerous because of how quickly trazodone can be absorbed into your bloodstream and reach a toxic level in your body.

Common Side Effects Of Trazodone Abuse

Trazodone is usually prescribed to treat mental health disorders such as depression, but may also be prescribed off-label to treat anxiety, as a sleep aid for insomnia, schizophrenia, and more.

People who use serotonin modulators such as trazodone to get high may experience an array of physical and mental side effects.

Side effects of trazodone drug use may include:

Serious, potentially fatal side effects may also occur which may include chest pain, difficulty breathing, or unusual bleeding or bruising.

Misusing trazodone for any length of time can lead to dangerous and potentially life-threatening health issues.

Some risks of abusing trazodone include:

Trazodone abuse may also strain relationships, contribute to lob loss, or cause legal issues in a person’s life.

What Are The Signs Of Trazodone Overdose?

Drug overdose is a potentially fatal outcome that can occur after taking too much trazodone over a short period of time, or after mixing trazodone with other drugs or alcohol.

Can You Fatally Overdose On Trazodone?

While it’s possible to fatally overdose on trazodone, only one death has been recorded to date, and there isn’t a conclusive amount of trazodone known to cause overdose or fatal overdose.

Learn more about what constitutes a lethal dose of Trazodone.

Once the body has developed a tolerance to trazodone, it becomes very difficult to stop taking it without experiencing unpleasant withdrawal symptoms.

Withdrawal symptoms may include:

The severity of antidepressant discontinuation syndrome depends on how long you were taking trazodone before stopping use of the drug.

One way to avoid serious withdrawal symptoms is by attending a medically supervised detox program that gradually tapers your body off trazodone.

Antidepressants such as trazodone typically require two to four weeks of tapering before the medication is completely removed from the body.

Trazodone detox is typically the initial step in the treatment process, and it aims to help people break physical dependence on the drug.

After detoxification, people may enter an inpatient or outpatient treatment program to continue their recovery.

Drug addiction treatment options may include:

If you or a loved one are currently addicted to trazodone, selective serotonin reuptake inhibitors (SSRIs), or benzodiazepines, contact a behavioral health medical professional immediately.

Below you will find some of the most frequently asked questions about trazodone addiction.

How Much Does Trazodone Cost On The Street?

On the street, the price of trazodone can range between less than one dollar and 15 dollars per pill depending on the dosage, location of purchase, as well as supply and demand.

Learn more about the street price of trazodone.

Is Trazodone A Controlled Substance?

Due to its low potential for abuse, the U.S. Drug Enforcement Administration (DEA) has not scheduled the drug, and trazodone is not considered a controlled substance.

What Happens When You Mix Cocaine And Trazodone?

Trazodone is a drug used to treat depression and anxiety, but it’s also been known to cause physical dependence, difficulty sleeping, suicidal thoughts, serotonin syndrome, and even death.

Mixing trazodone and cocaine together may greatly exacerbate these and other symptoms.

Call our helpline today for more information on trazodone abuse or other prescription medication addiction. Our team can assist you in your journey to long-term sobriety.