Can Shrooms (Psilocybin) Cause Addiction?

Psilocybin is a powerful hallucinogenic drug often found in dried mushrooms. While there are side effects of using magic mushrooms, they are not considered addictive. 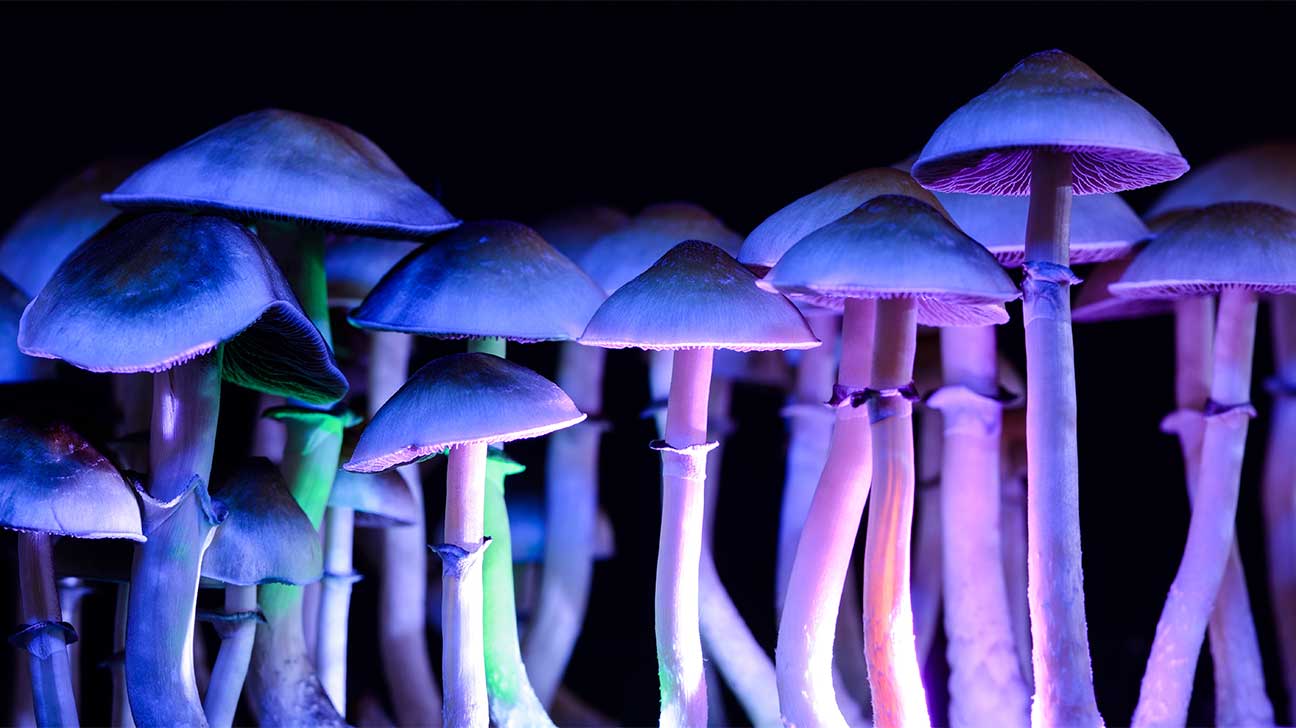 Magic mushrooms is the umbrella term for hallucinogenic mushroom species indigenous to tropical regions of central and South America.

The psychoactive ingredient in magic mushrooms is psilocybin. When ingested, people may have a powerful psychedelic experience that includes hallucinations and changes in perception.

While shrooms are not addictive, there are risks involved with hallucinogenic drug abuse.

How Do People Use Psilocybin Mushrooms?

Magic mushrooms are typically used by eating the stems and caps of the dried mushroom. This can be done by eating the mushrooms by themselves or mixing the shrooms into other foods.

Some people prefer to steep the dried shrooms in hot water and drink the mixture in tea.

The chemical name for psilocybin is 4-phosphoryloxy-N, N-dimethyltryptamine. The substance is considered a sacred ceremonial drug used by people in Mexico and Central America.

The effects of the shrooms will begin approximately an hour after ingesting the substance and may last up to six hours, depending on dosage and other factors.

People often report nausea, vomiting, headaches, sweating, and fever before the onset of the hallucinations and perceptual changes.

Once psilocybin is in full effect, people may feel the euphoria that includes vivid hallucinations, changes in the perception of time and place, and significantly slowed thinking processes.

Shrooms are not known to have a high potential for abuse or addiction, despite their status as a Schedule I drug, meaning there’s no known medical use of the drug.

There are, however, a number of risks associated with magic mushroom use.

Using mushrooms on a regular basis can quickly lead to psilocybin tolerance. This means that people will need to take more mushrooms to get the desired hallucinogenic effect.

HPPD is characterized by the random recurrence of perceptual and visual disturbances such as flashbacks similar to those experienced while high on shrooms.

While rare, HPPD is known to occur more often in people who use hallucinogens such as psilocybin regularly and in high doses. Effects of HPPD are potentially permanent.

Some people who use psilocybin experience psychosis and schizophrenia-like symptoms. These effects are more common in people with pre-existing mental health disorders.

When a psychotic episode happens while using shrooms, people are typically taken to the emergency room and treated with medications such as benzodiazepines.

Due to the unregulated nature of psychedelic mushrooms, there is a small risk of accidentally eating a poisonous mushroom.

Having A Bad Trip

A “bad trip” can result from psilocybin drug use and may include symptoms such as extreme paranoia, nightmarish hallucinations, and more.

It’s impossible to know what may trigger a bad trip, but mixing shrooms with other substances such as peyote, DMT, or alcohol may contribute to the possibility of an adverse reaction.

What Are The Street Names For Psilocybin?

When sold on the street, psilocybin mushrooms may be referred to by a number of names.

Street names for magic mushrooms include:

How Much Do Magic Mushrooms Cost On The Street?

The cost of a single dose of mushrooms is around $30 per eighth of an ounce. A microdose of psilocybin will cost a few dollars.

Factors that influence the price of shrooms include where it was grown, local laws, current availability, type of mushroom, and potency.

Learn more about the street cost of magic mushrooms.

Treatment Programs For Substance Use Disorders

Magic mushroom addiction is unheard of, but other psychedelic drugs such as ecstasy, LSD, or stimulants can cause serious health problems and physical dependence.

If you or a loved one is battling substance abuse, a drug rehab center can provide the evidence-based and holistic treatment services necessary to recover.

Addiction treatment options may include:

The useful information below may help answer your additional questions about psilocybin mushroom use.

Currently, there is no known cure for alcohol use disorder.

However, recent medical studies have pointed to a reduction of heavy drinking among people receiving behavioral therapy in combination with the use of magic mushrooms for alcoholism.

While shrooms are not physically addictive, some people may develop psychological dependence and experience cravings and mental distress when they’re not high.

In rare cases, people may need to receive medical detox for hallucinogenic drug use.

Is It Dangerous To Use Psilocybin (Shrooms) And Opioids At The Same Time?

Yes, opioids may antagonize or enhance the effects of hallucinogens such as LSD, DMT, and magic mushrooms.

Additionally, people mixing hallucinogens and opioid drugs may lose track of how much they’ve already taken, which heightens the risk of overdose.

Call our helpline for more information on magic mushroom abuse. Our team can answer your questions about substance use disorders and help you get on track to sobriety.

Home > Psilocybin Addiction
Questions About Treatment?
Get confidential help 24/7. Fill out the form below for:
People also read
Dangers Of Illicit Drug Addiction Street Drugs To Watch For Complete List Of Hallucinogens And Psychedelic Drugs Can I Become Addicted To Hallucinogens?