Kratom may be naturally derived, but it has many opioid-like effects as well as stimulant effects. For people who misuse Kratom, there is the potential for physical dependence and addiction with the risk of serious physical and psychological fallout. 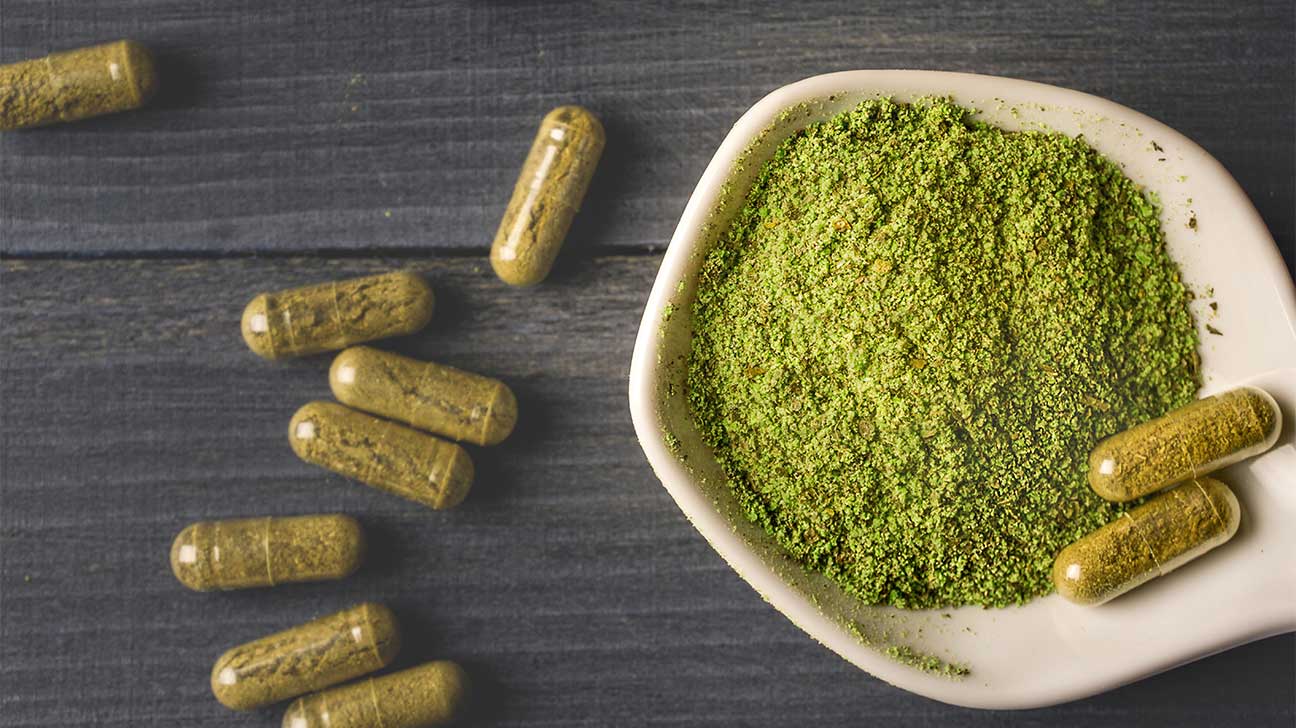 Kratom is derived from the leaves of the plant Mitragyna speciosa.

The plant is native to Thailand and much of southeast Asia. Kratom leaves have historically been used in that region as a natural remedy for chronic pain relief.

Currently, Kratom has no FDA-approved medical use in the United States.

The use of Kratom without regulation is potentially addictive, can lead to substance abuse, and may cause other serious health issues.

Kratom does have the potential to be addictive.

The active ingredients in Ketamine are 7-hydroxymitragynine and mitragynine, which interact with the same opioid receptors as morphine.

Ongoing research suggests that Kratom may be less addictive than other opioids. That does not mean that you cannot form a serious addiction.

How Do People Misuse Kratom?

Traditionally, Kratom is consumed by either drinking a tea made from the Mitragyna speciosa leaves or chewing them. In some cases, the leaves may also be smoked.

When Kratom is abused, the mode of use often changes to elicit a stronger and more immediate effect.

It is technically possible to snort Kratom in a powdered form. This method of use has the potential to amplify the effects of Kratom, but it is not an advisable course of action.

Snorting Kratom will increase your risk of overdose, while causing serious damage to your mucous membranes.

If you snort Kratom regularly, you will likely suffer nosebleeds, persistent infections, and lung damage.

It is also technically possible to plug Kratom. Plugging is another word for boofing. Both refer to taking drugs through the rectal cavity.

With many drugs, plugging can cause a more extreme high without using larger doses. However, that is not generally the case with Kratom.

Anecdotal evidence suggests that the vast majority of people experience no effects when they attempt to plug Kratom.

Given the risk of internal damage and infection, boofing Kratom can be considered dangerous.

What Side Effects Are Possible With Kratom Addiction?

In general, Kratom has pain-relieving effects. When misused, it can lead to feelings of euphoria and increased sociability.

Kratom addiction can be dangerous though, especially due to the drug’s psychoactive properties.

If you take higher doses, there is a risk of respiratory depression and psychosis. The psychosis that accompanies Kratom abuse often involves aggression and hallucinations.

This combination of side effects may make you a danger to yourself and others.

Other, more general side effects of Kratom use include:

Does Kratom Use Cause Withdrawal Symptoms?

Any drug with addictive potential can also cause withdrawal symptoms. Until Kratom is properly studied and released for use under FDA guidelines, you should not use it.

What Are The Dangers Of Kratom Misuse?

Without active regulation, there is no way of knowing exactly what is in any Kratom product you purchase online.

Case studies cite instances of irregular doses and adulteration even in dietary supplements that contain Kratom.

As a result, Kratom drug use has put many people in life-threatening situations.

Addiction Treatment Options For Kratom Use

Kratom is addictive, and you may require addiction treatment if you have been using the drug habitually.

As with opioid addiction or any other addiction, it is challenging to quit even with help from healthcare providers.

Depending on the severity of your Kratom withdrawal, you may require an inpatient medical detox as well as outpatient therapeutic treatment for your mental health.

Kratom abuse is a relatively new issue in the United States. Find answers to commonly asked questions below.

What Are Some Street Names For Kratom?

Can You Become Tolerant To The Effects Of Kratom?

You can develop a physical tolerance to the effects of Kratom. As with any other opioid, your brain will eventually adjust, reducing the drug’s effects and causing cravings.

Is Kratom A Controlled Substance?

Kratom is not currently a controlled substance, because it is quite new in the United States. The first import alert of unapproved drugs did not reach the FDA until 2012.

Since then, the FDA has pursued a safety evaluation that will eventually allow them to officially classify the drug.

Learn why Kratom is not a controlled substance.

There is limited evidence to suggest that Kratom may be able to help treat opioid withdrawal. At this time, it is not suggested.

In situations where people have obtained Kratom illegally for this purpose, serious side effects have occurred.

The risk of severe psychosis, seizures, and the possibility of death make Kratom too risky to use as a treatment for opioid use disorders at this time.

Rather than using a substance that could cause even more harm, consider reaching out to an addiction treatment program for help with your substance abuse.

A qualified treatment center will be able to help you detox safely, providing buprenorphine and medical treatment as needed to manage your withdrawal symptoms.

After detox, they can help you find therapies that work for you and offer long-term relief from your drug addiction.
Reach out to our helpline to find an addiction recovery center today.