Cocaine is an addictive illicit stimulant drug. Abusing cocaine can cause physical and mental health problems. Cocaine drug use is dangerous, but addiction treatment programs can be effective in treating substance abuse. 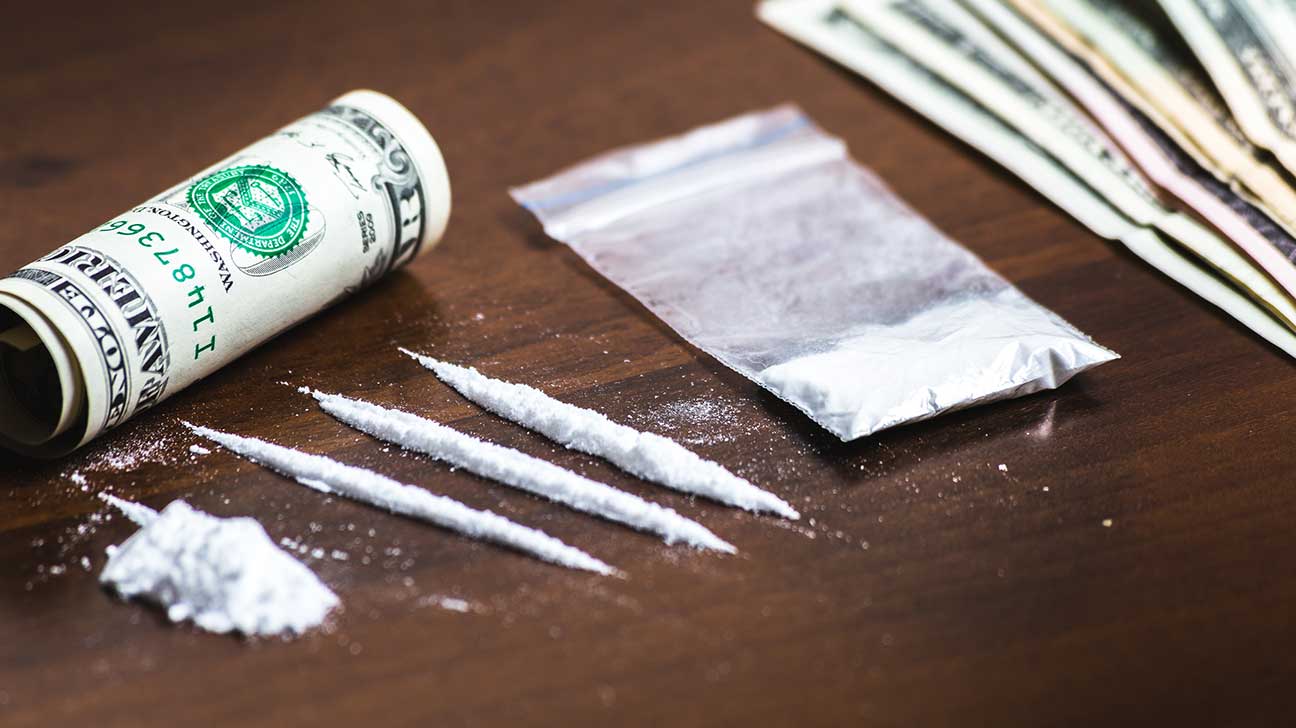 Cocaine is a powerful, illicit stimulant drug that can produce euphoric effects for people who abuse it.

Millions of people in the U.S. use cocaine every year, and many of those people have an addiction to cocaine.

Is Cocaine Physically Or Mentally Addictive?

Cocaine is both physically and mentally addictive. Cocaine dependence can happen more quickly than with many other drugs.

The tell-tale signs of physical dependence on a drug are an increased tolerance to its effects, and the presence of cocaine withdrawal symptoms when a person stops taking the drug.

Cocaine tolerance increases as a person uses more of it, and once someone is addicted, withdrawal symptoms can be intense if they stop taking it.

Mental or psychological addiction refers to the presence of cravings for the drug.

Read more about the addictive properties of cocaine.

Can You Develop A Tolerance To Cocaine?

Cocaine tolerance is likely to increase as a person abuses the drug. The more someone uses cocaine, the more of the drug they will need to feel the same effects.

Tolerance to a drug like cocaine is dangerous, because higher doses of the drug make overdose and other health problems more likely.

If you are worried that a loved one is using cocaine, you should know what signs to look for that may indicate cocaine abuse.

Signs of cocaine abuse may include:

Learn about the signs of cocaine abuse.

The most common way to use cocaine is to snort the drug.

People may abuse cocaine in a number of ways, such as:

How To Identify Cocaine

Cocaine can take many forms, and it’s important to know how to identify the drug if you are concerned that a loved one has been abusing it.

Cocaine in America usually looks like a white powder with an appearance similar to that of baking soda or flour.

Another common form of cocaine is crack cocaine. Crack cocaine looks like white, yellow, or brownish chunks or “rocks”. Crack rocks are small and crystalline.

Cocaine’s taste can vary greatly depending on what form the drug is in, how pure it is, what additives or adulterants are present, and more.

Usually, cocaine has a bitter taste and may actually have a numbing effect on the mouth if ingested.

Remember that tasting cocaine is neither a safe nor an effective way of identifying the drug.

Cocaine usually has no smell, although this can change depending on the form of the drug and what additives and adulterants are present.

Cocaine can come in many different forms and appearances, such as:

Knowing the street names for cocaine can help you detect whether someone close to you is abusing the drug.

Cocaine has several forms, and each form has its own set of street names.

Street names for powder cocaine include:

Street names for crack cocaine include:

Read more about the street names for cocaine.

Effects Of Cocaine Use

Cocaine has many short-term and long-term effects and side effects. People abuse cocaine because it can provide an energetic rush that includes feelings of alertness, well-being, and euphoria.

Long-term effects of cocaine addiction can be devastating. They can include weight loss, loss of smell, persistent runny nose, respiratory infections, cardiovascular problems, and more.

Long-term cocaine abuse can increase the risk of heart attack and certain illnesses.

Learn more about the effects of cocaine abuse.

Cocaine is sometimes abused alongside other substances such as alcohol or other drugs. Sometimes people use other stimulants with cocaine.

Other times people use cocaine with “downers” or nervous system suppressants like Xanax or opioids.

Find out more about cocaine and polysubstance abuse.

Cocaine use can trigger or cause symptoms of psychosis, including hallucinations (auditory, tactile, or visual), delusions, and extreme paranoia.

Symptoms of cocaine-induced psychosis can resemble those of schizophrenia or bipolar disorder. In other cases, these mental illnesses can be triggered by cocaine use.

Cocaine can produce many severe short-term effects other than the intended “high” that people use it for.

Taking large amounts of cocaine can lead to an overdose. Cocaine overdoses can include fatal outcomes including heart attacks, stroke, seizures, or breathing problems.

When someone has been abusing cocaine and they stop suddenly, they might go through withdrawal.

How Long Cocaine Stays In The System

Cocaine can stay in the system for varying amounts of time depending on a number of factors.

Generally, younger, healthier people are able to process and detox from drugs faster than people who are older or have health issues.

Different drug tests are able to detect cocaine in the body for varying amounts of time after the last use.

General detection time frames for cocaine are as follows:

Substance abuse treatment can help people abusing cocaine to get back on the right track. Different treatment plans use different approaches to care.

The first step to getting someone the help they need might be to hold an intervention. Addressing cocaine use in a compassionate but serious manner may be what they need to get them to seek help.

Detox is often used as a precursor to cocaine treatment. In detox, the psychological and physical symptoms of withdrawal can be managed so that a person can avoid relapse and begin treatment.

After inpatient care, a person can transition to outpatient treatment as they return to their daily life.

Learn more about cocaine use and addiction by browsing answers to frequently asked questions.

What Is The 8 Ball And Orange Juice Diet?

Some people abusing cocaine eat very little or only drink juice for a period of time.

This can be the result of decreased appetite due to drug use, or sometimes it is used as a method to lose weight.

Learn more about the 8 ball and orange juice diet.

How Much Does Cocaine/Crack Cocaine Cost?

The price of crack and cocaine varies widely. In general, powdered cocaine costs between $93 and $163 per gram, while crack costs about $60 per gram.

Learn more about the cost of cocaine and crack cocaine.

There is no scientific evidence that cocaine has any positive effects on the outcomes of COVID-19, though this theory was widely spread during the beginning of the pandemic.

Read about cocaine and COVID-19.

What Is A Lethal Dose Of Cocaine?

The lethal dose of cocaine is different for every person based on tolerance and many other factors, such as whether other drugs are involved.

Learn about the lethal dose of cocaine.

A cocaine “crash” may include symptoms like lethargy, depression, cravings for more cocaine, and anxiety.

Read more about coming down from cocaine.

Cocaine addiction is a serious and potentially fatal condition. Contact us today to find yourself or a loved one the help you need to overcome drug abuse.

Medically Reviewed by
Johnelle Smith, M.D on August 12, 2022
Questions About Treatment?
We offer 100% confidential substance abuse assessment and treatment placement tailored to your individual needs. Achieve long-term recovery.
People also read
How To Detox From Cocaine Cocaine Detox And Rehab Centers How Much Does A Cocaine Addiction Cost To Maintain? How Long Does A Cocaine High Last?