Flakka is an addictive street drug similar to khat and bath salts. Flakka can have dangerous effects on health. Treatment for Flakka addiction may involve inpatient rehab, behavioral therapy, and other behavioral treatments. 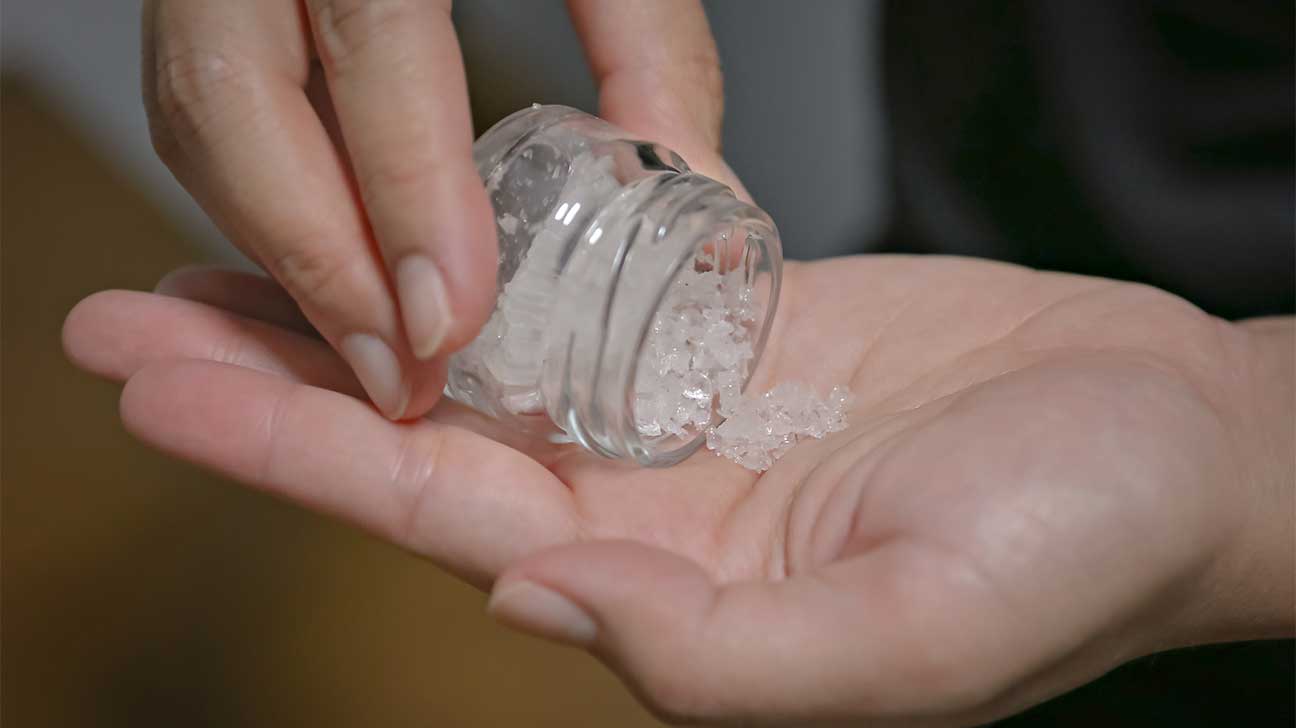 Flakka is a nickname for the synthetic drug alpha-pyrrolidinopentiophenone, or alpha-PVP. It is an illegal drug classified as a schedule I substance, meaning it has no acceptable medical use.

Flakka is chemically similar to:

Flakka, also known as gravel or “poor man’s cocaine”, is a stimulant that comes in the form of white or pinkish crystals.

Like other illicit drugs, flakka can become addictive and have serious effects on behavior and health. Its effects have been compared to cocaine, meth, and amphetamines.

How Is Flakka Used?

Flakka is an addictive, recreational drug that can be used in multiple ways. It is commonly referred to as the ‘zombie drug’ due to reports of bizarre effects on behavior.

All methods of use can be dangerous and may lead to serious side effects on physical health, behavior, and mental health.

Find the best Flakka rehab option for you today.

Side Effects Of Flakka

Flakka is a fully synthetic drug that can have a number of side effects when used.

In small doses, it can have effects similar to prescription stimulants like Adderall, such as increased focus and an energy boost.

Higher doses of flakka have been associated with dangerous side effects similar to those seen with cocaine or meth use.

Side effects of flakka may include:

According to some reports, the effects of flakka can last one to five hours. This is longer than drugs such as cocaine, which has a high that is unlikely to last longer than 30 minutes.

According to the U.S. National Institute on Drug Abuse (NIDA), flakka can cause a condition known as “excited delirium”.

This life-threatening condition can cause hyperstimulation, dangerously high body temperature, and symptoms of psychosis, such as hallucinations, deliriousness, and extreme paranoia.

People who use flakka may demonstrate bizarre behavior that can be scary both to the person using it and those around them.

Taking high doses of flaka has been associated with a number of dangers related to physical health, mental health, and behavior.

Dangers of flakka include:

Using an excessive amount of flakka, or mixing it with other drugs, can also lead to drug overdose, which can be deadly.

Flakka Addiction: Can You Become Addicted To Flakka?

The National Institute on Drug Abuse reports that synthetic cathinones like flakka can become addictive. This has been echoed by additional research from the Scripps Research Institute.

Signs of a Flakka drug addiction may include:

People who become addicted to flakka may experience drug cravings. Withdrawal symptoms have also been reported by some people who use synthetic cathinones like flakka regularly.

Withdrawal is a physical or psychological reaction to the lack of a drug in a person’s system, following a period of regular or heavy drug use.

People who become addicted to flakka, or who use it regularly, may experience withdrawal symptoms if they try to stop using it.

Flakka withdrawal symptoms may include:

People can also experience side effects after coming down from flakka, including depression and fatigue.

Treatment For Flakka Abuse And Addiction

People who become addicted to flakka may be recommended behavioral treatments like Cognitive Behavioral Therapy (CBT) or a full drug addiction rehab program.

Treatment for people who use flakka will largely focus on addressing the underlying causes of a person’s drug use as well as thoughts and behaviors related to their drug use.

If you or a loved one is using flakka, this may be a sign that they need professional help. Flakka can have dangerous side effects and have both health-related and legal consequences.

By calling us today, we can: