Smoking Drugs: List Of Drugs That Can Be Smoked

Many common drugs of abuse such as marijuana, cocaine, and heroin can be smoked. Smoking drugs can cause long-term damage to your lungs and can increase your risk for drug dependence and addiction. 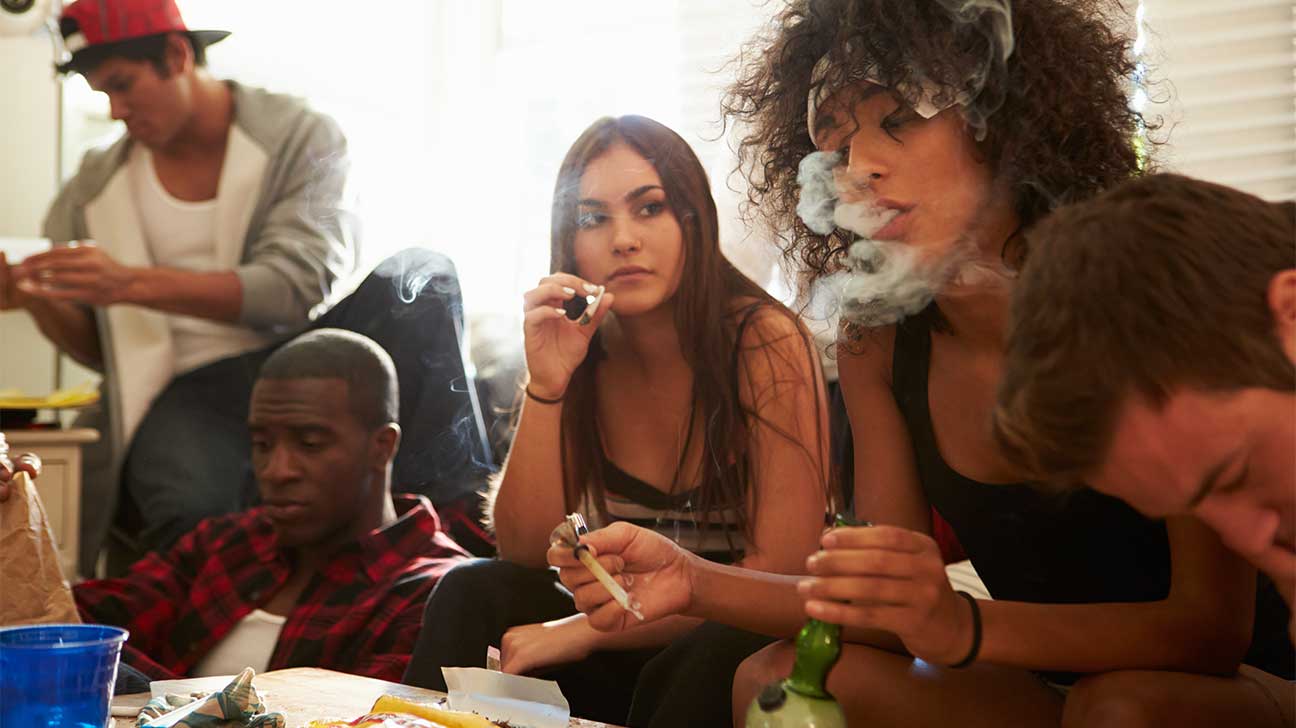 According to the Centers for Disease Control and Prevention (CDC), an estimated 34 million adults in the United States regularly smoke cigarettes, despite known health risks. Upwards of 16 million adults live with some form of smoking-related illness.

But cigarettes, which contain the addictive chemical nicotine, aren’t the only thing people smoke. Many drugs such as marijuana and cocaine are also smoked for their effects. And like cigarettes, smoking these drugs can pose mild to severe health risks in the short-term and over time.

Dangers of smoking some drugs include:

The effects of abusing drugs by smoking—and their long-term health consequences—can vary, depending on the type of drug, amount being smoked, and other personal factors.

Some drugs may only be smokable in certain forms. Cocaine, for instance, can come in a powder or rock-like form that may be more easily dissolved and injected or snorted.

Short-Term Side Effects Of Smoking Drugs

Smoking drugs can cause a wide range of physical, cognitive, and psychological effects. The types of side effects and symptoms you experience will depend on the type of drug, whether it’s cut with other drugs, and its potency, among other factors.

Side Effects Of Smoking Stimulants

Stimulants are drugs that increase the activity of the central nervous system (CNS), which is composed of the brain and spinal cord. Smoking a stimulant drug can cause a range of effects on the mind and body, including increased energy.

Short-term effects from smoking stimulants may include:

Short-term effects of stimulants can vary by drug. Cocaine, for instance, may lead to psychotic symptoms such as severe paranoia and aggressive behavior when smoked. Prescription stimulants like Adderall may cause increased focus and concentration.

Side Effects Of Smoking Depressants

Depressants are drugs that depress CNS activity, like marijuana. This can cause a feeling of relaxation, reduce anxiety, and cause drowsiness.

Side effects of smoking depressants may include:

Drugs like marijuana may also cause visible side effects such as red eyes or changes in pupil size. People who smoke depressants may move more slowly, have slower reaction times, and appear sleepy.

People who smoke drugs like maraijuana, cocaine, or meth generally do so for the immediate gratification of getting high.

Unfortunately, smoking drugs can also increase the risk of developing long-term health conditions over time, affecting various organs and systems throughout the body.

Long-term side effects of smoking drugs may include:

Smoking illicit drugs like cocaine can pose severe effects when used chronically. If you’re smoking cocaine that’s been cut with other drugs, this may increase the risk of experiencing drug overdose, becoming addicted to the drug more quickly, and experiencing other adverse effects.

Not all drugs pose the same long-term health risks. Marijuana, for instance, is prescribed to treat certain medical conditions and has been decriminalized and legalized in some states.

Even still, smoking marijuana may pose some long-term risks, including effects on brain development in adolescents, dependence, and worsening symptoms in people with schizophrenia.

Acute dangers of smoking certain drugs are some of the most worrisome. Overdose is a major public health concern in the United States. Overdose can occur by smoking too much of one drug or mixing excessive amounts of multiple drugs within a short period.

Other dangers of smoking drugs can include:

This list is not conclusive. Some drugs may pose other dangers when abused by smoking. In addition, some of these dangers can be life-threatening.

If someone you know is having trouble breathing, experiencing chest pain, or has fallen unconscious after smoking a drug, seek emergency medical attention right away.

How Does Smoking Drugs Compare To Snorting Or Swallowing Drugs?

Your method of drug abuse can influence how long it takes to feel the effects of a drug, the risk of addiction, overdose risk, and other factors related to drug use.

Many drugs that are smoked can also be snorted, injected, or swallowed depending on the type of drug and its form. All forms of drug abuse are dangerous and may require treatment to stop use.

Addiction is a serious risk among those who smoke drugs. People can become addicted to any drug, including prescription drugs, when abused.

Smoking drugs can cause the active ingredients of these substances to reach the brain quickly. This can alter the balance of certain chemicals in your brain known as neurotransmitters, which can affect mood, perception, physical movement, and psychological processes associated with addiction.

According to a study published in the Experimental and Clinical Psychopharmacology journal, smoking cocaine carries a higher risk for dependence, more powerful effects, and other health consequences compared to snorting.

Smoking a drug is one of the fastest ways to feel its effects. This is because this route of use can cause drugs to reach the brain more quickly than, for instance, swallowing drugs. Abusing drugs by injection or insufflation (snorting) can also cause quick effects.

How long it takes to feel the effects of a drug after smoking, and how long they last, will depend on the type of drug and how much you’ve smoked.

Smoking some drugs may cause side effects that are more short-lived compared to other methods of use. This can be dangerous, in part because this may prompt people to smoke more or smoke too much at one time, which can increase the risk for overdose, severe addiction, and other health consequences.

The best way to find out what type of treatment you may need is to speak to a doctor or addiction specialist. Depending on the type of drug, how long you’ve been smoking drugs, and other personal factors—a professional may recommend an inpatient or outpatient treatment program.

Treatment programs for drug abuse include:

If you or someone you know is struggling with drug abuse, we can help. Call our helpline today for more information about drug abuse and how to find drug addiction treatment near you.

Medically Reviewed by
Johnelle Smith, M.D on February 12, 2021
Questions About Treatment?
Get confidential help 24/7. Fill out the form below for:
People also read
Routes Of Administration For Drug Use And Abuse Plugging Drugs: What Is Plugging (Rectal Drug Use)? Snorting Drugs: The Dangers Of Drug Insufflation