Lesbian, gay, bisexual, transgender, and queer individuals face a disproportionate rate of mental illness and substance abuse as compared to the general U.S. population. But there are many specialized treatment programs that can help LGBTQ+ people to overcome addiction. 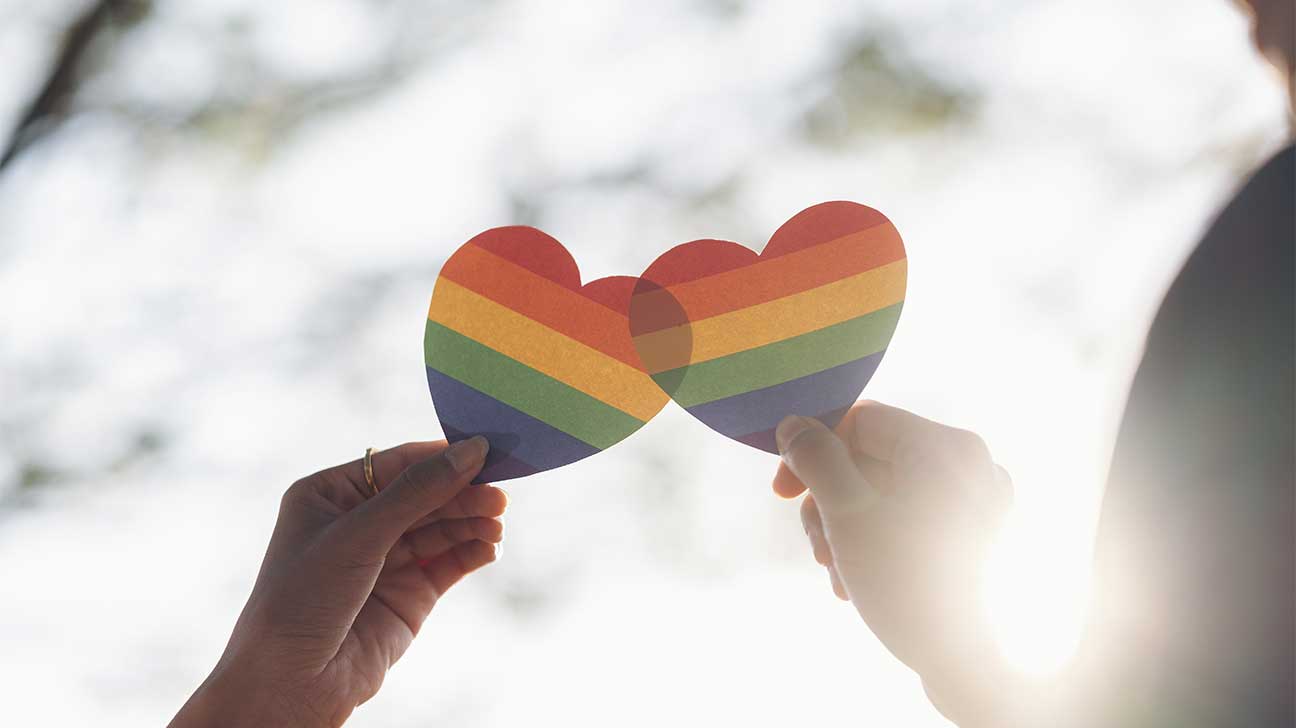 Drug and alcohol addiction treatment should look different for each client to help them reach their individual treatment goals, including LGBTQ+ people.

In order to best treat this group of people, rehab facilities need to have specialized programs that can address their unique backgrounds, risk factors, and challenges.

Not all treatment facilities offer specialized programs for LGBTQ+ members, but there are several that do.

In order to speak to this community and best represent them as a group, or work in alliance with them, we need to know the correct terminology to use, and what these words mean.

Though the term “queer” used to be a slur, the LGBT community reclaimed the word around the early 1990s and updated the acronym to LGBTQ (“Q” stands for questioning and/or queer).

Since then, it’s expanded even further to include a full range of identifying members, such as intersex, asexual, agender, and others (the “I” and “A” in LGBTQIA+).

The Substance Abuse and Mental Health Services Administration (SAMHSA) has provided several guidelines on how to approach addiction treatment for the LGBTQ+ community.

LGBTQ+ members should have access to the same levels of care and services available to other clients.

Where treatment may differ is in the accessibility of treatment, degree of sensitivity, and their principles of care.

The first step to providing better treatment for LGBTQ+ people is understanding the issues that this group often experiences that can affect treatment.

For example, an LGBTQ+ person may have estranged relationships with family members, so family therapy may not be a practical aspect to include in their recovery plan.

However, it can’t be assumed that all LGBTQ+ people have poor relationships with family members, as many have supportive families who accept their sexuality.

For this reason, LGBTQ+ friendly rehab programs will typically gather intel in the initial assessments and meetings to determine what issues their clients are dealing with.

This ensures that the client can get proper treatment not hindered by assumptions of a lack of information.

Simply offering the same types of treatment to LGBTQ+ individuals may not be enough in many circumstances. LGBTQ+ friendly treatment centers should make an active effort to be inclusive.

Treatment providers may be:

Because of these potential drawbacks, LGBTQ+ accepting rehab centers should be aware of the issues their clients might run into (such as fear of homophobia) and respond to it.

Instead of assuming to know the issues their LGBTQ+ members have, treatment specialists should ask lots of questions and empathize with their clients.

Therapists and treatment providers should ask clients why they hold certain fears, whether they’ve felt hostility over those things, and discover where negative feelings came from.

Some changes may be seen, which include the following:

SAMHSA rates the degree of sensitivity a rehab center possesses on a scale that ranges from anti-LGBT to LGBT-affirming.

The scale is as follows:

Most treatment centers that offer LGBTQ+ treatment will fall into the LGBT-sensitive treatment category, and few will offer LGBT-affirming treatment.

At an LGBTQ+ friendly rehab center, you can expect:

To implement many of the above LGBT-sensitive measures, an LGBTQ+ friendly treatment facility will have certain principles of care that offer respect and acceptance of all clients.

What Research Says About LGBTQ+ People And Substance Abuse

According to this national survey from 2015, people of a sexual minority are more likely to engage in substance abuse and have mental health issues than those in the sexual majority.

As compared to the sexual majority, LGBTQ+ members are more likely to:

Fortunately, it seems LGBTQ+ members are more willing to get treatment for addiction and their mental health.

The survey revealed that people who are sexual minorities are more likely than people in the sexual majority to receive treatment for mental health, and substance use at a specialty facility.

But encouraging proper treatment involves providing the right programs that can meet the needs of this group, which not all rehab centers offer.

Challenges Unique To The LGBTQ+ Community

Those who identify as lesbian, gay, bisexual, transgender, queer, questioning, or another gender or sexual orientation experience challenges that may increase their risk of abusing substances.

These challenges range from societal pressures to emotional and mental issues, which are detailed below.

Though there are great efforts and trends toward acceptance, there’s still a long way to go for those who identify as LGBTQ+.

The pressures from society to fit in can be overwhelming for many people who don’t believe they fit those set standards.

LGBTQ+ people may face homophobia, biphobia, transphobia, and other judgments that keep them from coming out or getting help when they need it.

This creates a need to escape from negative emotions, such as depression, fear of judgment, or anxiety over telling family members about their sexual orientation.

Substances have long served as a way to dull negative feelings for people of all ages, genders, races, and sexualities.

With the pressures of bullying from classmates, judgment from coworkers, and the need to hide what they perceive to be their true identity, many LGBTQ+ members use substances to cope.

As the LGBT movement took stride, many members of the community boasted their pride in bars, clubs, and other places of social gathering centered on substances.

Researchers have found that each of these drugs are heavily linked to dance clubs, with other notable locations being bars, commercial and public sex environments, and private residences.

Many of these people engaged in polydrug use; that is, using a combination of multiple substances simultaneously.

This type of drug use spurred a number of issues, including:

For many members of this demographic, drug and alcohol use wasn’t really a choice, it was a way of life.

Not all LGBTQ+ people engage in drug use, but this cultural acceptance of drinking and doing drugs began a strong wave of substance use, leading many down a path of addiction.

LGBTQ+ people carry heavy burdens that their sexual majority peers do not face. Many of the issues mentioned previously (fear, depression, rejection, and more) cause serious mental effects.

Lesbian, gay, and bisexual adults are more than twice as likely as heterosexual adults to experience a mental health condition.

Transgender adults are more than four times as likely to have a mental health condition than heterosexual adults.

And according to a study published by the Journal of Adolescent Health, transgender and nonbinary youth:

are physically threatened or harmed at twice the rate of cisgender LGBTQ youth
report the highest rates of depressive moods, suicidal thoughts, and attempted suicides

The study revealed that middle-aged and older LGB adults are at high risk for experiencing co-occurring drug use and mental illness.

The 2015 U.S. Transgender Survey found that 40% of transgender people have attempted suicide in their lifetime — that’s almost nine times the rate of the general population (4.6%).

The resources included below may help you or a loved one to find assistance getting mental health treatment, addiction treatment, or other support.

Organizations that promote awareness of mental health and substance abuse for the LGBTQ+ community:

Hotlines you can call: