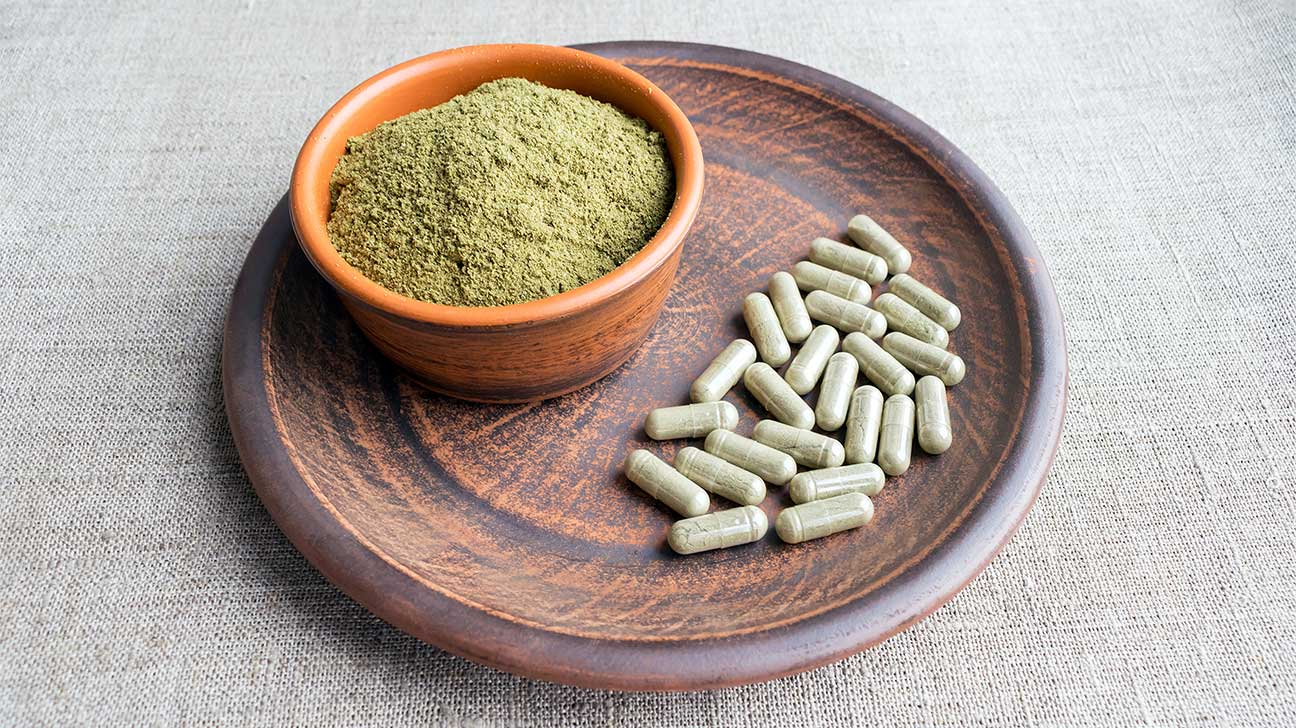 Kratom (Mitragyna speciosa) is a tropical tree that’s become a popular herb for recreational use in the United States. Kratom leaves contain psychotropic chemical compounds that are highly sought after in powder, extract, or pill form.

While the drug is not currently considered an illegal substance, it is marketed for sale in packaging that lists the product as “not safe for human consumption.”

While some individuals chew kratom leaves or brew the dried leaves in tea form, rectal administration (plugging) has become an increasingly popular method of abusing the drug.

Currently, Americans have limited access to Kratom and often get the drug from other locations in southeast Asia, such as Indonesia.

Kratom is also known by the following street names:

What Is Plugging Kratom?

Plugging Kratom refers to the administration of the soluble drug into the body through the rectum. This route of administration is often used by people who may have a Kratom addiction.

Plugging Kratom leads to higher levels of the drug being present in the circulatory system and widespread distribution to the body.

This method of abuse bypasses the liver’s filtering and metabolizing processes that takes place during oral ingestion.

Side Effects Of Plugging Kratom

Kratom use through plugging may cause the following side effects:

Plugging Kratom may have adverse effects when combined with other common prescription medications, including antidepressants, illegal drugs, certain foods, and other natural medicines.

Side effects of kratom drug use include:

Kratom use may cause some individuals to experience psychotic episodes that include hallucinations, delusions, or confusion.

People who have underlying mental health concerns or chemical imbalances may be more prone to side effects when taking the drug.

Kratom side effects may last upwards of five hours.

Like other drugs that produce opioid-like effects and opioid withdrawal, kratom might cause chemical dependence as the brain becomes reliant on kratom’s presence in the body.

People who use Kratom may feel physical withdrawal symptoms when they stop taking the drug and begin to detox.

Kratom is not regulated as other addictive substances that cause chemical dependency and addiction, however, abuse of this drug may lead to these effects.

People who use Kratom recreationally may become addicted to the drug and find it difficult to discontinue use.

Plugging kratom may lead to psychological and chemical dependence, and other dangerous side effects.

People who plug Kratom may be at higher risk of experiencing adverse side effects and withdrawal symptoms similar to opiate withdrawal when stopping the drug.

When a person struggles to stop using Kratom after experiencing negative side effects, or uses the drug to avoid facing stress and other responsibilities, it may be necessary to seek substance use disorder treatment.

If you or a loved one is addicted to Kratom, or if you have any questions about substance abuse treatment programs, please connect with our treatment center through our helpline today.