There is a strong correlation between substance abuse and instances of domestic violence. Both the abuser and victim may abuse substances, a link which may increase the rate and severity of abuse. 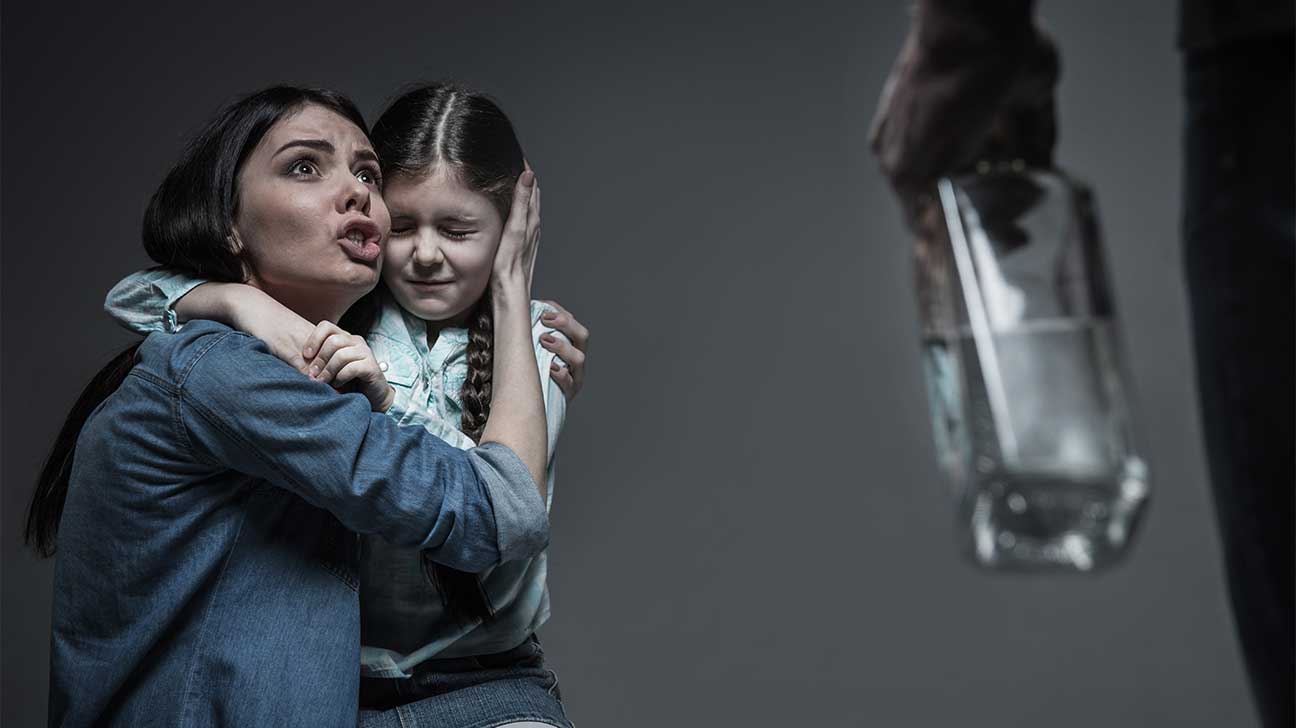 Substance abuse and domestic violence are connected in many different ways, each of which harms both people in the relationship.

The Substance Abuse and Mental Health Services Administration (SAMHSA) defines domestic violence as the use of intentional emotional, psychological, sexual, or physical force by one family member or intimate partner to control another.

Those who abuse substances are more likely to commit acts of domestic violence, and the victims of such acts are also at a higher risk of abusing drugs or alcohol.

Whether it be to escape their abusive partner, relieve pain from physical abuse, or treat symptoms of mental illness, substances can quickly become a coping strategy.

Several reports and studies have examined the connection between substance abuse and domestic violence.

Research from the American Psychological Association (APA) shows that drug and alcohol dependency increases both the risk of being abused and becoming an abuser.

Many women in addiction recovery report experiencing some form of abuse in their lifetime.

This substance use may be a direct result of IPV, or a combination of multiple interconnected factors, such as housing issues, financial stress, limited social support, and more.

These women were at a great disadvantage to developing substance use disorders as a direct result of IPV.

One study of low-income women found that IPV survivors saw a rate of 26% for substance abuse as compared to those who had not experienced IPV (5%).

Other research shows that women who were recently victims of IPV had nearly six times the risk of problematic alcohol use, and IPV survivors are twice as likely to undergo alcohol treatment.

Substances As A Means Of Control In Domestic Violence

Though the numbers above reveal a great need for treatment among IPV victims, these people are often prevented by their partners from getting help.

Research from the NCDVTMH notes that domestic abuse is rooted in patterns of power and control.

This ongoing pattern is reinforced through:

They do this by threatening to go to the authorities with evidence of their partner’s substance use if they were to speak up about the abuse.

This tactic then strips the victim of his or her ability to seek help, keeping them under the control of their abuser and perpetuating unhealthy power dynamics.

Research is still limited on this topic, but recent studies have been showing increasing evidence to support the fact that substance use coercion is common within abusive relationships.

The Role Of The Abuser’s Substance Use In Domestic Violence

Substance abuse is not always necessarily the cause of domestic violence among batterers, but there are cases in which substances play a key role in the abuse due to direct and indirect factors.

Of those assaults, 92% of men who assaulted their female partner used substances on the day of the assault, and 30% to 40% were drinking at the time of the assault.

The most common substances involved in these cases were found to be alcohol and cocaine.

An abuser’s substance use can have the following effects:

The Mental Effects Of Substance Abuse And Domestic Violence

Unfortunately, there are many lasting effects that domestic violence can have on a person, especially when substances are involved.

These consequences include physical, emotional, and mental ramifications that may last months, years, or a lifetime.

According to ASAM, those who experience domestic abuse are at an increased risk of developing serious mental health problems.

The victims of domestic abuse involving substances are much more likely to deal with mental health problems, including mental illness and substance use disorders.

This abuse can also lead to disordered eating and behavior. The ASAM found a significant correlation between IPV, morbid obesity, and disturbed eating behaviors.

PTSD And Depression Among IPV Victims

The NCDVTMH study found that the two most common disorders among those who have experienced IPV are depression and PTSD.

Women who have experienced IPV are nearly three times more likely to be diagnosed with major depressive disorder.

Many of these mental health effects may be rooted in and perpetuated by substances. Women who report IPV and alcohol problems are eight times more likely to be depressed.

Warning Signs Of Domestic Violence And Substance Abuse In A Relationship

To best protect yourself or your loved one, you need to be aware of the typical warning signs of abuse.

There are certain signs and symptoms that are specific to abusers and victims who experience both domestic violence and substance misuse.

Researchers from SAMHSA urge addiction treatment providers to look deeper into the issue of domestic violence.

Before entering a rehab program, a person should be screened for any current or past experiences of abuse, which include childhood trauma, abuse in a marriage, or another instance of violence.

With a substance abuse treatment program, a person will undergo treatment that addresses not only the addiction but also the underlying issues that led to the addiction.

The following treatment methods may be used in some addiction programs to address domestic violence:

It’s important to note that a standard addiction treatment plan alone will not be enough to end the abuse. An abuser must go through extensive treatment for the addiction and abusive behaviors.

Resources For Victims And Loved Ones

If you or someone you love are experiencing domestic abuse, there are places you can turn to. We’ve gathered a list of helpful organizations that can extend help during this time.

Identifying the signs and symptoms of domestic abuse: