Can You Get Drunk From The Alcohol In Mouthwash?

Some people who cannot purchase alcohol may purchase and drink mouthwash to get drunk. While drinking mouthwash can lead to intoxication, it may also cause dangerous side effects because of some toxic ingredients. 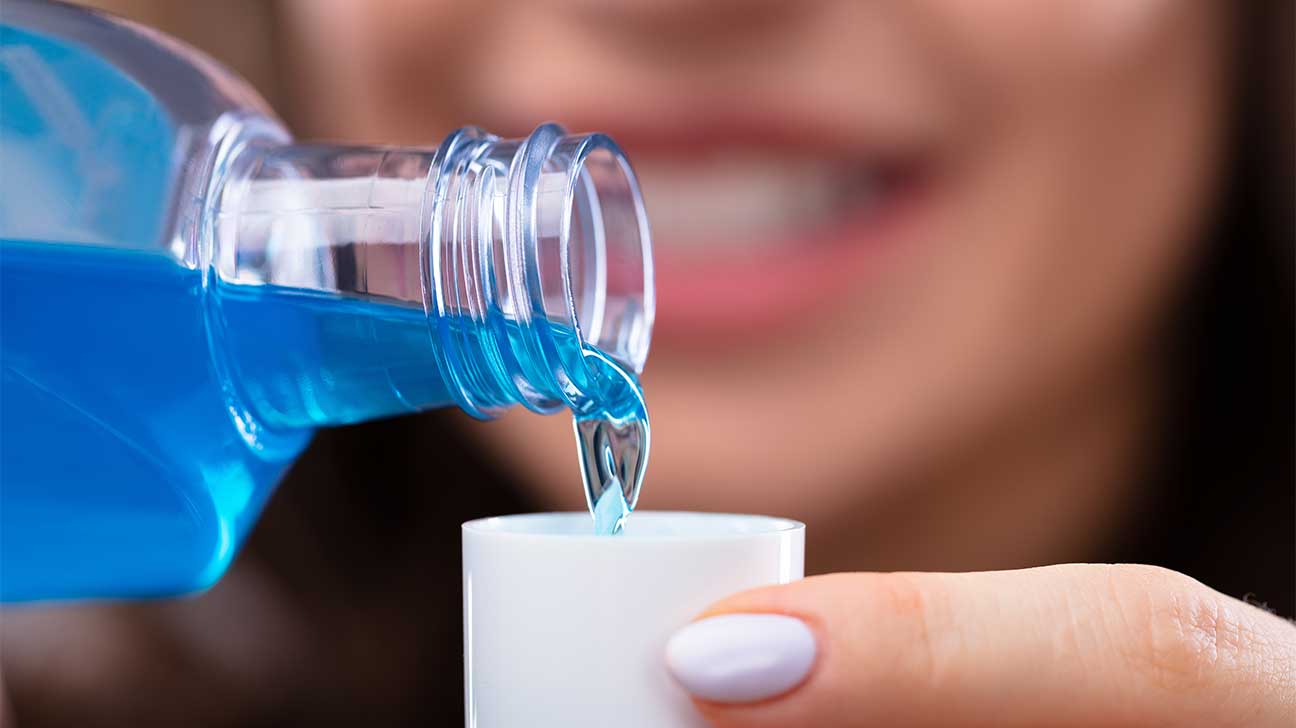 While mouthwash can be a helpful part of oral hygiene, it can also be a dangerous source of “non-beverage alcohol” (NBA).

Also called non-beverage-ethanols (NBE), mouthwash is included in the same category as aftershaves, colognes, anti-freeze, and antiseptic rinses that are not meant for consumption.

Alcohol in mouthwash can make you drunk.

Mouthwash contains upwards of almost 27% alcohol (54 proof), but the varieties of alcohol and additives present in mouthwash make consuming it especially dangerous.

Alcohol in beverages increases the risk of long-term liver damage, mental health issues, and cancers. Ingesting non-beverage alcohol carries these same risks plus a variety of other dangers.

Reasons People May Drink Mouthwash To Get Drunk

Other reasons for drinking mouthwash instead of beer, wine, or liquor include:

Who Is Drinking Mouthwash Instead Of Alcohol?

There are a select few who may actually enjoy the taste of mouthwash as a drink, but that isn’t a majority of people that drink mouthwash and other NBE/NBA products.

Normally, the people that use mouthwash to get drunk lack access to alcohol or have a desperate urge to get drunk.

The groups that may abuse mouthwash are generally:

Some people with alcohol use disorders may use NBE in situations where alcohol is either not available or where someone might notice alcohol on their breath.

One study showed that between 10-15% of people with an alcohol use disorder who have been hospitalized for alcohol use have consumed an NBA/NBE.

While beverage alcohol is ethanol, many types of mouthwash contain other alcohol in addition to ethanol — including denatured alcohol, methanol, and methyl alcohol.

Many mouthwash brands also contain additives that can cause a range of dangerous conditions requiring hospitalization.

Additives in mouthwash can include:

Teenagers and people that are addicted to alcohol and drink large quantities of mouthwash can experience medical complications, including:

The varieties of alcohol and additives present in different mouthwash brands can give different effects and intensities of intoxication.

However, alcohols like methyl alcohol — often called “wood alcohol” — can cause the most severe reactions that include death.

The uncertainty that comes along with drinking non-beverage alcohol means that people who abuse mouthwash increase their risk of dangerous interactions.

Getting Help For Alcohol Addiction

When a person resorts to using and abusing substances for purposes other than what they are intended for, it is cause for concern.

If you or a loved one use alcohol excessively or use everyday household items like mouthwash to get drunk, it may indicate an alcohol abuse problem.

Home > Can You Get Drunk From Mouthwash?