Depending on how long you have been dating, it may not be easy to tell if you have an alcoholic boyfriend. However, there are a number of observable warning signs that indicate a cause for concern. 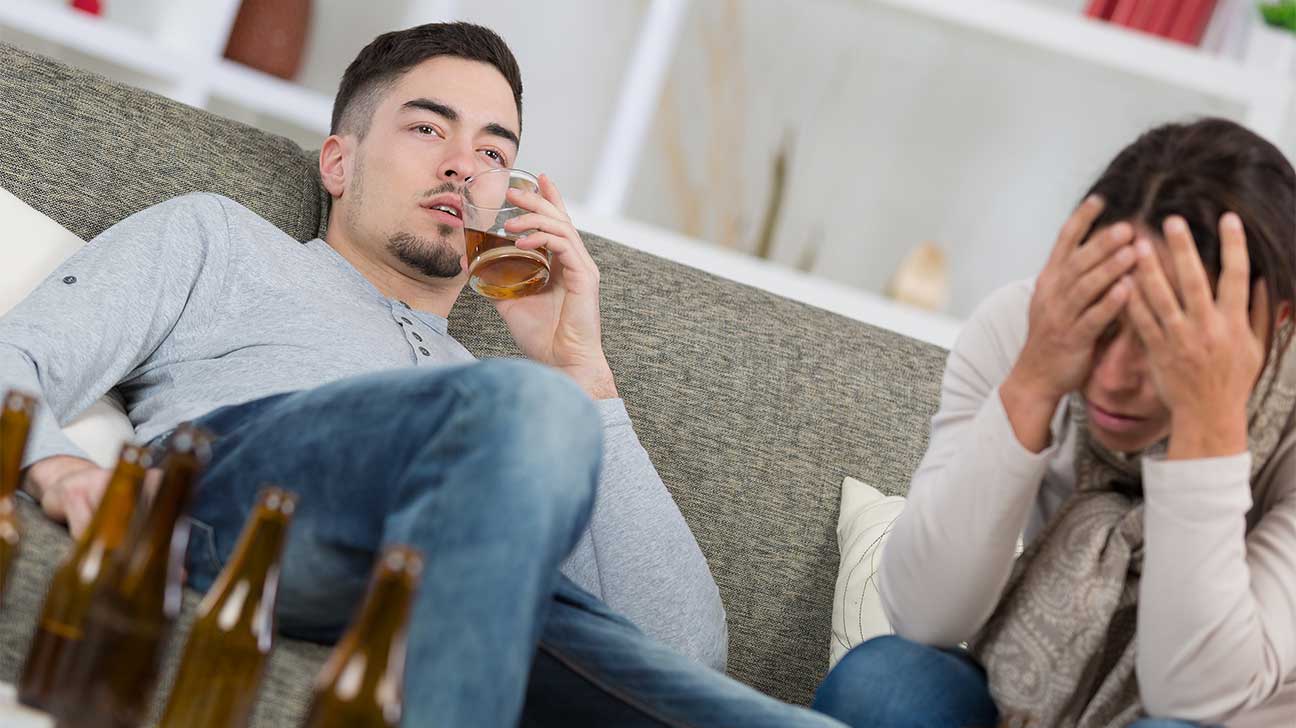 You may have recently started dating someone or maybe you have been in a relationship for a few months. Over a short amount of time, maybe you have seen a change in their drinking habits and you think they might be abusing alcohol. Perhaps you think he might have an alcohol addiction.

Or, you may have been with your boyfriend for a year or more, and have noticed him struggling with his drinking. Are you wondering if your boyfriend is an alcoholic?

There are a few telltale signs that your boyfriend may have an alcohol use disorder (AUD). Understanding what alcoholism is and how it affects a person can help you recognize these signs.

Alcoholism causes a person to have strong cravings for alcohol. They might continue to drink, even after they have endured a negative impact on their life caused by alcohol, among other red flags. This might be health-related problems, relationship issues, or even trouble at work or with the law.

Not everyone that struggles with AUD is a severe alcoholic.

There are different levels and types of alcoholics:

Some Warning Signs You Could Be Dating an Alcoholic

There are some questions that you can ask yourself about your boyfriend’s behavior that might indicate that he could be struggling with alcohol addiction. The questions below are broken down into different subsections, based on criteria similar to that used to diagnose an alcohol use disorder.

Drinking When They Didn’t Intend To

Being Irritable When They Can’t Drink

May Not Seem Intoxicated

Makes Up Reasons Or Excuses To Drink

Plans His Life Around Drinking

Drinking Even Though It Has Been A Problem In The Past

Tries To Hide His Alcohol Consumption

Is My Boyfriend Having Alcohol Withdrawals?

When a person who is addicted to alcohol decides to quit drinking, even for a short period, they will usually experience withdrawal. This is because their body has become dependent on it, and basically becomes sick without it.

While many symptoms of withdrawal range from uncomfortable to painful, some can be very dangerous. It is important to understand that severe alcohol withdrawal requires medical attention and can be fatal in some cases.

Some symptoms of alcohol withdrawal include:

Delirium Tremens (DT) is one of the most severe symptoms of alcohol withdrawal, and usually emerges within 48-72 hours after a person stops drinking. A person can experience psychosis, hallucinations, delusions, unprovoked aggression, coma, and death. Untreated, DT can be fatal.

If you find yourself making excuses to others about your boyfriend’s drinking, he probably is struggling with an alcohol use disorder. If a lot of your own time is being spent meeting his needs, and you are neglecting your own wants and needs, these are signs of codependency.

In addition, if you feel badly about yourself, or your self-worth feels dependent on your boyfriend, you could be in a codependent relationship with an alcoholic boyfriend.

Codependency can be destructive, especially in a relationship with a person with alcohol problems. It can create a cycle of dysfunction that is hard to recover from. Usually, both people end up needing some kind of treatment or support groups, like therapy or attending Al-Anon meetings.

It’s important to remember that your boyfriend’s drinking problem is not your fault. He is fully responsible for his mental health, alcohol consumption, and seeking a substance use treatment program to help him stop abusing alcohol.

How To Find Help For An Alcoholic Boyfriend

If you responded ‘yes’ to many of these questions about your boyfriend and his drinking, he could be at a higher risk for an alcohol addiction. You may want to consider talking to him about your worries. Try to approach him with empathy but be clear about your feelings.

Support and knowledge about treatment options may be helpful if your boyfriend is willing to accept help.

If he is not receptive to your concerns, it is completely okay to decide that you cannot be in a relationship with someone who is struggling with an unmanaged alcohol use disorder. Your needs and wants are just as important as his.

We have a number of addiction specialists standing by to speak to you about treatment options for your loved one. Contact our helpline today to get help navigating this complicated situation.