Those who have an addiction to Demerol may attempt to abuse the drug by injecting it. Find out more about the dangers of IV Demerol abuse today. 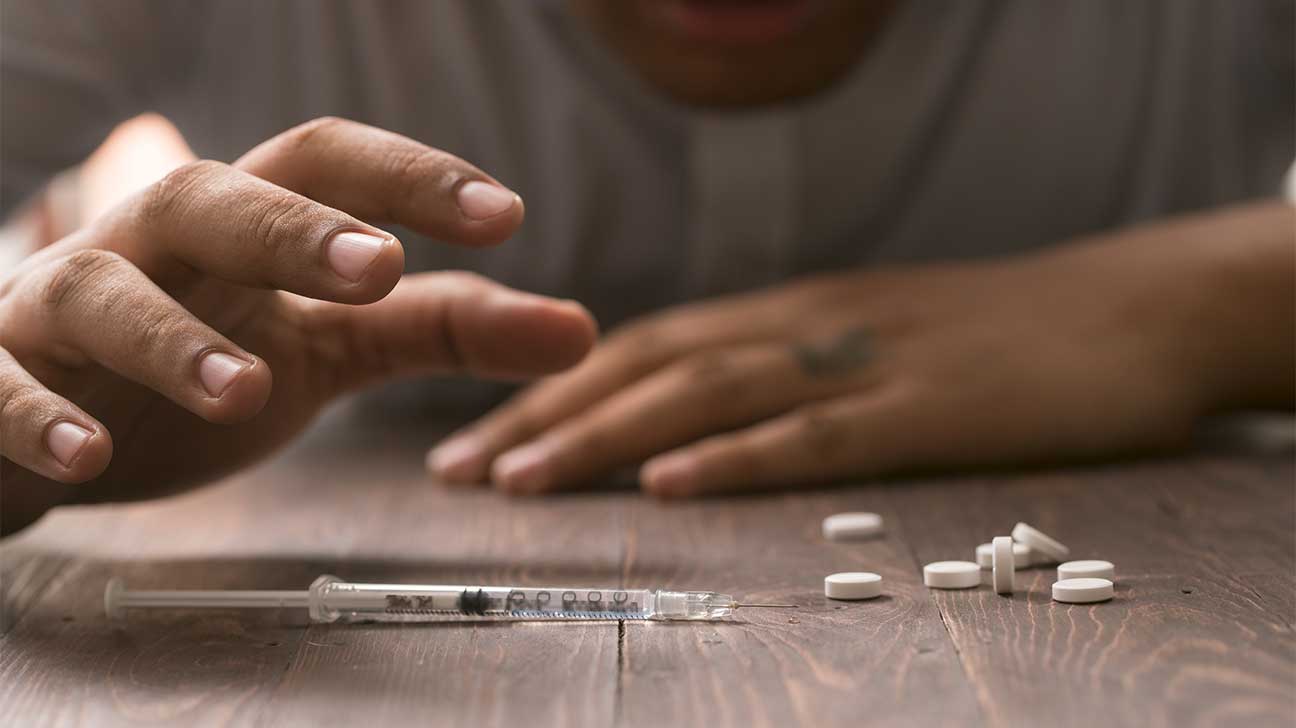 Demerol is an opiate-based pain reliever that is available in both capsules and liquid injections. Demerol injections are supposed to be administered only by a doctor because of their potential for abuse.

Those who have an addiction to the medication may attempt to do their own injections by crushing up their pills and mixing them with water to get a liquefied version. This can cause a whole host of dangerous Demerol injection side effects.

What Happens When You Shoot Demerol?

Shooting Demerol causes the body to get a large dose of the medication all at once. Sometimes, this is referred to as “dose dumping.” Addicted individuals often prefer injecting the drug into their body because it causes an intense high and feelings of euphoria that they wouldn’t get otherwise.

When Demerol is taken in a capsule form, it can take up to 30 minutes to take effect. This delayed reaction time is often considered undesirable by someone who is having withdrawal symptoms from the substance.

Side Effects Of Shooting Demerol

Since Demerol is a central nervous system depressant, Demerol injection side effects can be quite serious.

Some of the most dangerous ones to know about include:

Demerol works to slow the central nervous system by providing feelings of relaxation and euphoria.

The short-term effects of shooting Demerol include:

Since Demerol is an opiate, there is a high risk of a person becoming addicted or physically dependent. Addiction to and dependence on Demerol can occur in a short period of time even when taking the recommended dose prescribed by a doctor.

Physical dependence is different from addiction because it causes someone to develop physical withdrawal symptoms if they attempt to stop taking the drug. An addiction occurs when a person begins to take part in risky behaviors so they can get more Demerol, such as stealing or lying to doctors to get extra prescriptions.

The most serious danger of Demerol injection is the risk of respiratory failure that causes death. This symptom can easily occur if a person takes a high dose of the medication or mixes it with alcohol or other opiate-based medications that depress the central nervous system.

Those who take monoamine oxidase inhibitors for a mental health disorder have to be careful not to take Demerol injections as well. This combination can lead to a drug interaction that can cause them to go into a coma, develop serotonin syndrome, have seizures, or die from low blood pressure and respiratory failure.

Damage To The Demerol Injection Site

The effects of shooting Demerol on the injection site mainly cause damage to the skin and veins due to improper injections. When a person has no medical training, they won’t know how deep the hypodermic needle should go into the skin or where they should do the injections.

If an injection is too shallow, the medicine might not reach the vein at all. In turn, if the needle is pushed in too deep, it might go all the way through the vein instead. The area around the skin puncture could also become damaged if a person continues to use the same needle for their injections.

Hypodermic needles are very thin and sharp and are only meant for one use. When a person tries to use them more often than this, they can start to bend over time, which will leave holes in the skin and veins and large bruises from the trauma. Sometimes, this can cause the veins to completely collapse in an area.

Risk Of Infection And Contracting Diseases

When a person gets an injection, the skin has to be cleaned with alcohol or some other antibacterial agent because this prevents bacteria that could cause an infection from entering the bloodstream.

Those who try to do their own Demerol injections may not realize this. Lack of cleaning the injection site can lead to the development of a skin infection or some other disease, especially if they attempt to share needles with other people.

Since injections go directly into the bloodstream, a small amount of blood remains on the needle when it is pulled out from the skin. This blood may enter another person’s body if they use the needle immediately afterwards. This increases their risk of contracting HIV, AIDS, hepatitis, and other bloodborne illnesses.

Other Risks Of Shooting Demerol

Demerol is only meant to be used when other medications have failed to help reduce a person’s pain. It should never be taken by anyone who has a chronic health condition that causes them pain because it isn’t meant for long-term use.

The main reason for this is the damage that it does to the liver and other organs when it builds up in the body. Some of the other risks of taking this drug for too long include impotence and damage to the immune system.

Can You Overdose From Demerol Injections?

An overdose from a Demerol injection usually happens when a person tries to take too much of the medication at once so that they can have a more intense high from it. It can also occur accidentally if other central nervous system depressants are taken along with it, such as alcohol.

The way that doctors treat a Demerol overdose can vary, but it usually involves diuretics and administering activated charcoal to help get some of the opiate out of the body.

A person might also receive medications to raise their blood pressure and help them be able to breathe better.

Some of the symptoms of a Demerol overdose include:

How To Find Treatment For Demerol Abuse And Addiction

Demerol abuse and addiction can cause a person to suffer from serious health problems or even die if it is used on a long-term basis. It is important that anyone who has an addiction to the substance gets help at a treatment center that specializes in opiate addictions.

That way, they can receive medications and other therapies that can help them get through the withdrawal process safely. The easiest way to find the best treatment is to contact one of our specialists for a list of some of the addiction rehab centers in your area.