Heroin is a common drug of abuse in the United States. It can cause a range of short-term side effects on cognition, mood, and general body movement. Short-term use of heroin can also lead to dependence, addiction, and overdose. 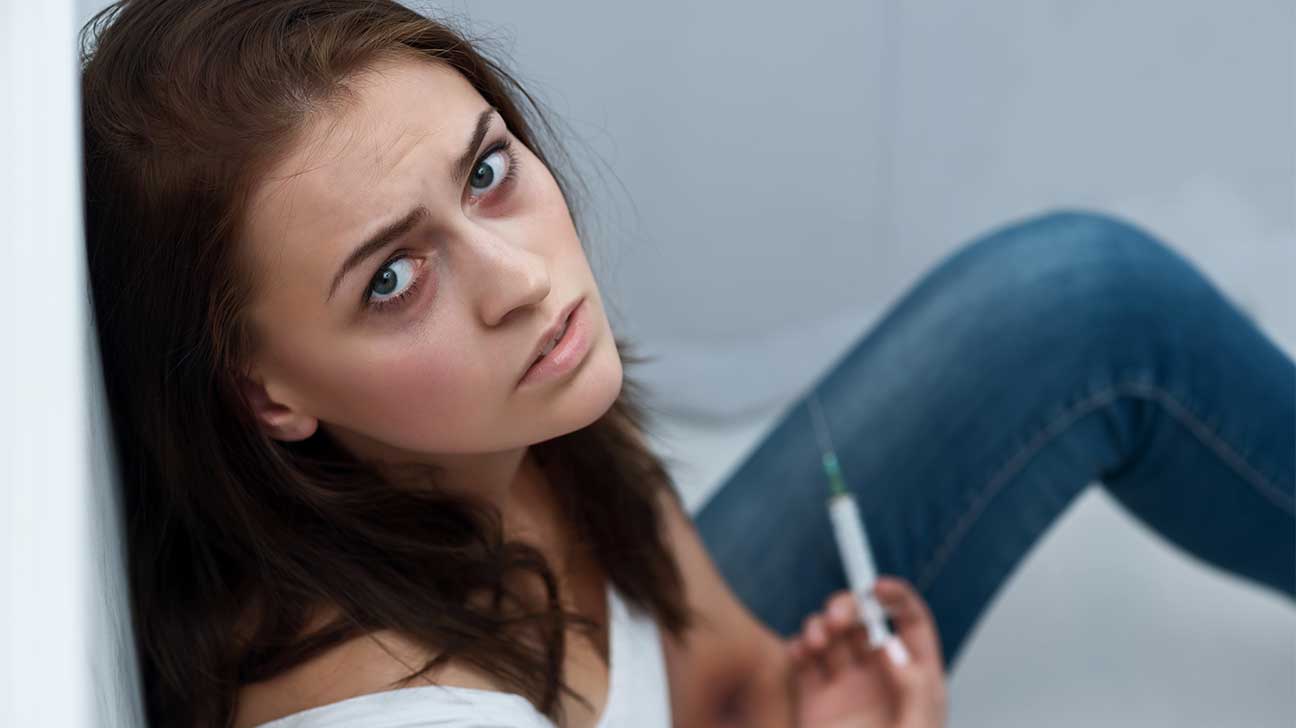 Heroin is a highly addictive drug that comes in the form of a dark, sticky substance (black tar heroin) or a white or brownish powder.

Heroin is most often used by:

Here you’ll find more information about the acute (short-term) side effects of heroin, dangers of heroin use, and how to find addiction treatment for yourself or a loved one.

Short-Term Effects On The Brain

Once heroin enters the brain, it is converted to the natural opiate morphine, from which it’s derived.

From here, it binds to the body’s mu-opioid receptors, which are responsible for regulating mood, hormones, body movement, and sensation of pain.

When used, heroin can cause:

Heroin use can trigger a release of the “feel-good” chemical dopamine. This chemical is associated with positive mood, pleasure, motivation, and the brain’s reward system.

Learn more about the effects of heroin on the brain

Short-Term Effects On The Body

The mental and psychological effects of heroin may be accompanied by a range of physical effects, due to the ways that heroin affects the central nervous system.

Physical side effects and signs of heroin use can include:

People who use heroin may drift between a fully alert and semi-conscious state—a phenomenon sometimes referred to as “nodding out”.

Although the initial rush of heroin can begin to go away within minutes, some side effects of heroin—such as drowsiness and mental fog—may last for up to three to five hours.

Learn more about the effects of heroin on the body

Short Term Effects By Method Of Use

In addition to the effects of heroin itself, the drug can also cause specific effects according to the way it’s used.

Short-term side effects by method of use:

Understanding these signs of heroin use, in addition to the effects of the drug, can be useful for identifying heroin use in others.

How Long Does It Take To Feel The Effects Of Heroin Use?

Heroin is known for its ability to cause rapid effects, also known as a “rush” within anywhere from seconds to minutes, depending on whether it’s injected, snorted, or smoked.

Injecting and smoking heroin are the fastest ways to feel its effects.

Snorting heroin can cause relatively quick effects, but is not always associated with the same “rush” that can come from injection.

Does Everyone React To Heroin The Same Way?

The short answer is: no. Various personal and biological factors can affect how drugs affect people.

These factors can include co-occurring mental health conditions, body composition, and having a previous history of drug abuse.

People who have a low tolerance for heroin, or have a slow metabolism, may have stronger reactions to small doses of heroin. In addition, the actual ingredients in heroin that is bought and sold on the street can greatly vary.

Street forms of heroin can be mixed with a wide variety of additives, fillers, and even other drugs—all of which can influence the effects of heroin and potential dangers.

What Are The Risks Of Short-Term Heroin Use?

Primary risks associated with heroin use include:

Heroin is a drug that is both illegal and dangerous. According to the Centers for Disease Control and Prevention (CDC), nearly 15,000 people died of an overdose involving heroin in 2019. This is a rate of almost 5 deaths per 100,000 residents.

According to data from the FBI, about one-quarter of the 1.65 million drug arrests made in 2018 involved the possession, sale, or manufacturing of heroin, cocaine, and related derivatives.

Getting arrested for drug-related charges can have devastating effects on your ability to get a job, keep a job, and secure or maintain housing. It can also lead to jail or prison time.

If you or someone you know is using heroin, it’s never too early to ask for help. Heroin can be very dangerous and have long-term effects, whether used once or a hundred times.

Treatment for heroin use generally involves:

Medication-assisted treatment—a combination of behavioral therapy with opioid use disorder medications—is the most effective treatment for heroin addiction, but isn’t offered by all treatment providers.

Recovery is possible. For more information on how to find heroin addiction treatment near you, call our helpline today.

Medically Reviewed by
Johnelle Smith, M.D on March 15, 2021
Questions About Treatment?
Get confidential help 24/7. Fill out the form below for:
People also read
Mental Effects Of Heroin Physical Effects Of Heroin Heroin Side Effects Heroin Addiction And Treatment Options