Sometimes, people take cocaine with hydrocodone primarily to fight some negative effects of cocaine use. Taken together or alone, abusing these drugs can result in mental and physical damage, addiction and dependence, and possible overdose death. 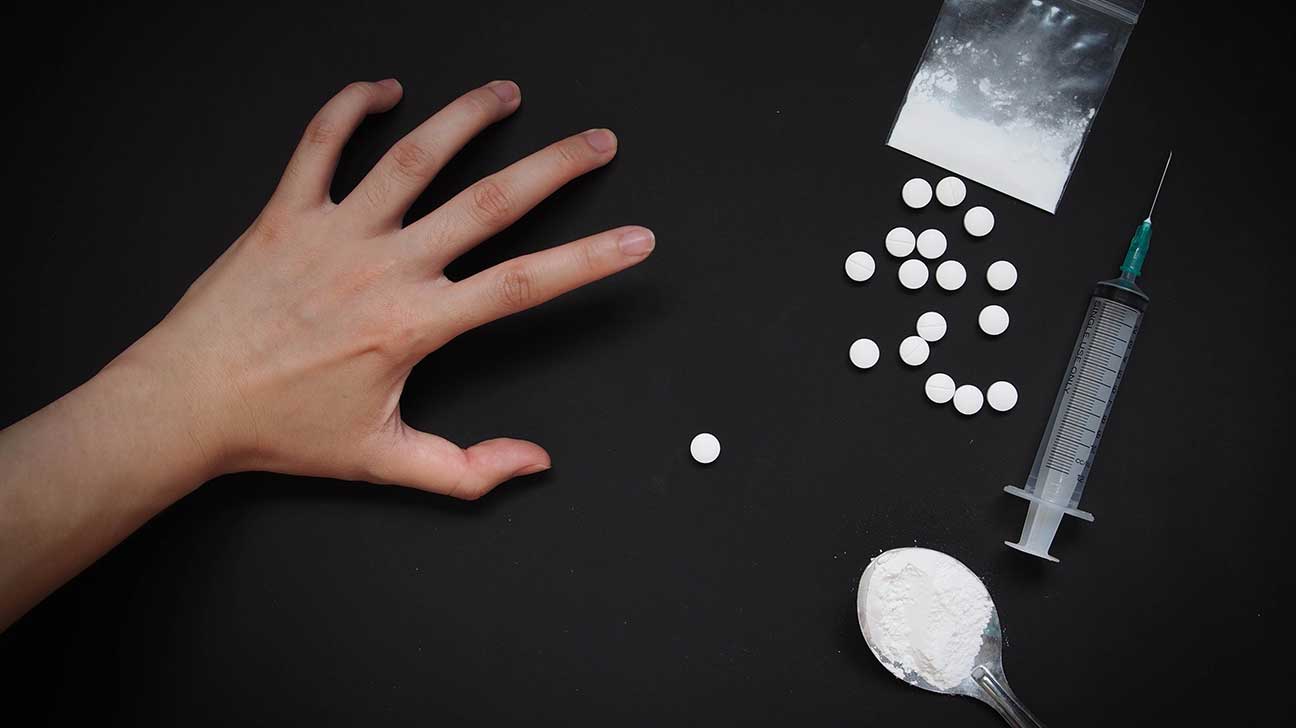 Cocaine and hydrocodone (Vicodin, Lorcet) are common drugs of abuse on their own with a high potential for addiction and dependence. People that take these drugs together may make a “speedball” intended to offset the negative effects of either drug.

Although cocaine and hydrocodone work in opposite ways on the central nervous system (CNS) — their effects are habit-forming.

People can develop tolerances to both drugs and may experience withdrawal symptoms due to dependence.

Both cocaine and hydrocodone can be taken to excess and cause potentially deadly overdose effects.

Find out more about the dangers of mixing opioids and stimulants

What Happens When You Mix Cocaine And Hydrocodone?

Cocaine works as a stimulant and provides short-acting euphoria and high energy.

When combined with an opioid such as hydrocodone, cocaine mitigates drowsiness and may amplify hydrocodone’s euphoric effects.

Hydrocodone is a prescription opioid typically used to treat chronic pain and acute post-surgical pain. Hydrocodone eases symptoms of anxiety and calms down the extreme energy from cocaine use.

Though cocaine works to stimulate the CNS and hydrocodone works to depress it, mixing the drugs does not mean they will cancel out each other’s effects.

Instead, this can mean dangerous or unpredictable effects.

Why Do People Mix Cocaine And Hydrocodone?

Although people have different reasons for their substance use, many people take hydrocodone alongside cocaine as a “speedball”, in an attempt to counteract the opposing effects of the drugs.

Hydrocodone helps to ease the anxiety that can happen both during and after a cocaine high. Because hydrocodone lasts longer than an individual dose of cocaine, many people will binge cocaine while high on hydrocodone to maintain the mixed high.

Cocaine taken alongside hydrocodone may amplify the positive feelings and help to keep the person awake and mellow some depressant effects including fatigue and sluggishness.

However, once the drugs’ effects have worn off, feelings of fatigue and anxiety may occur as a part of uncomfortable “comedown” symptoms associated with cocaine use.

Effects Of Combining Cocaine And Hydrocodone

In general, mixing hydrocodone and cocaine can produce effects ranging from dizziness to sweating and tremors.

Some effects of hydrocodone use include:

Although pills containing hydrocodone are made in quality-controlled facilities, some drug dealers will sell counterfeit hydrocodone pills. These pills can contain stronger opioids, like fentanyl, that are highly dangerous.

The effects of combined cocaine and hydrocodone intake may also vary, because cocaine may contain adulterants ranging from baking soda to fentanyl.

Some effects of cocaine ingestion include:

Risks Of Mixing Cocaine With Hydrocodone

Long-term abuse of opioids and cocaine may cause lasting damage to major organs, impact mental sharpness, or result in addiction and dependence.

Short-term chronic abuse of these drugs together is a major risk factor for overdose and behavioral issues.

Effects On The Mind And Body

Key risks of continued cocaine and opioid use include persistent mental health and behavioral issues — even after drug use has stopped.

Many people find that certain behavioral therapies can help manage the effects of mental health and neurological decline following years of heavy drug use.

Mental health effects of hydrocodone and cocaine abuse include:

Both cocaine and hydrocodone have dangerous effects on the heart and respiratory system. A less-discussed, but serious effect of hydrocodone medications involves acetaminophen-induced damage to the liver and kidneys.

In both the short term and long term, people that use cocaine and hydrocodone pills may experience health problems, including:

Increased Risk Of Addiction To One Or Both Drugs

Both cocaine and hydrocodone impact dopamine pathways in the brain. Many people associate the positive feelings of either drug with the dopamine reward, which is a key basis for addiction.

The good memory that is tied to a neurochemical release can often result in addictive behavior.

People can also become tolerant to certain amounts of either drug so that they need to take more of the drug for the desired effect.

As this dependence builds, a person may begin to experience uncomfortable withdrawal symptoms distinct from the “comedown” off either substance.

Withdrawal symptoms that are either physical or emotional responses to the absence of a drug are understood to be the result of drug dependence.

Some withdrawal symptoms associated with cocaine and hydrocodone abuse include:

Can You Overdose When Mixing Hydrocodone And Cocaine?

When people take drugs that have strong, opposing effects, it carries the potential for deadly overdose.

The combination of a short-acting stimulant with long-lasting opioids is especially dangerous if the person binges these drugs or takes other substances also.

Overdoses can also occur when a person that had a high tolerance for cocaine or opioid drugs stops using these drugs.

If they begin using cocaine or hydrocodone at the same rate as they used to, their body may not be able to process the drugs adequately and go into overdose.

Crushing and snorting hydrocodone pills may also increase the possibility of overdose.

Symptoms of a cocaine overdose include:

Symptoms of a hydrocodone overdose include:

Opioid overdoses can be treated if naloxone (Narcan) is promptly administered. This drug binds to opioid receptors as an antagonist – resulting in sudden, uncomfortable withdrawal symptoms.

If you or a loved one is struggling with prescription opioid use or cocaine abuse, it’s never too late to get help. The risks of continued polysubstance abuse are simply too high.

Typically, people can recover from this type of substance use with a combination of inpatient and outpatient treatment that encompasses detox and behavioral therapy.

Call our treatment helpline to learn more about the best options for you.

Medically Reviewed by
Johnelle Smith, M.D on October 11, 2021
Questions About Treatment?
Get confidential help 24/7. Fill out the form below for:
People also read
Mixing Opioids And Stimulants Mixing Cocaine And Oxycodone Mixing Depressants And Stimulants