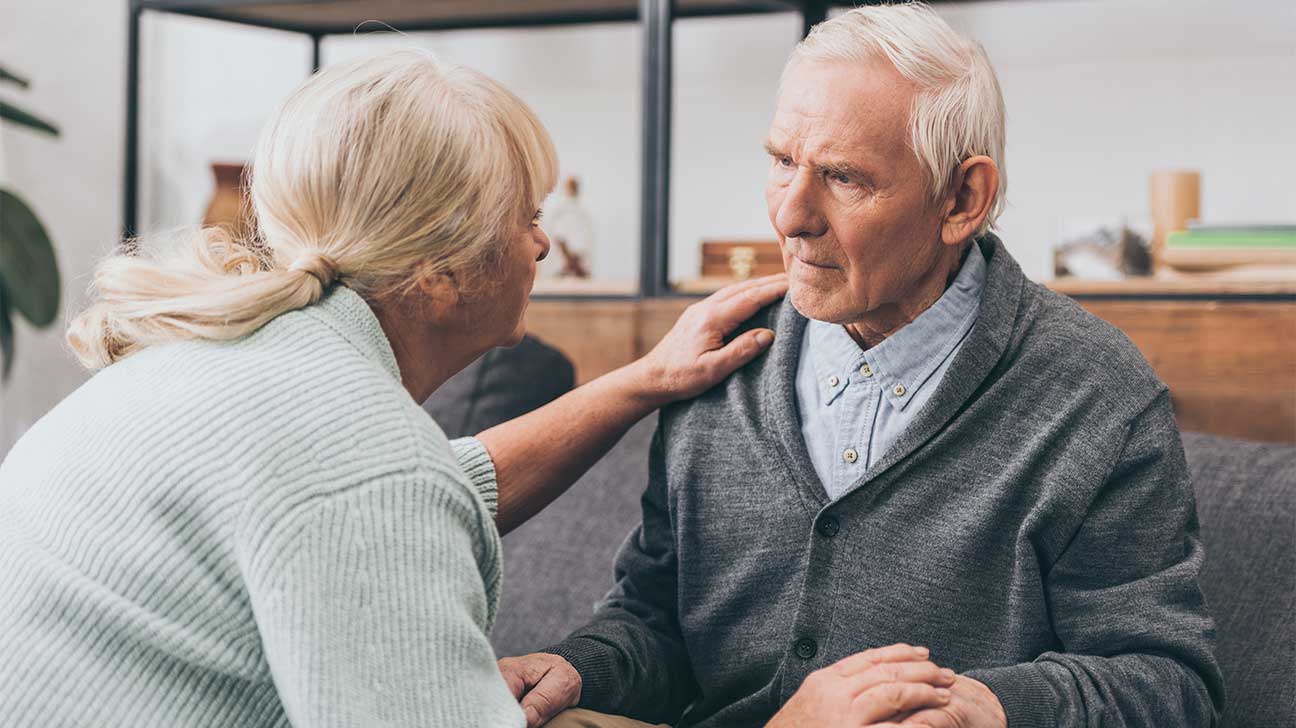 Alcohol affects the brain in a number of ways. Alcohol can directly affect neurons, leading to a negative impact on higher functions like insight, judgment, and decision making.

Alcohol tends to cause malnutrition and vitamin deficiencies when it is abused in excess over the course of several years. This can cause brain damage since the brain requires specific vitamins and nutrients to function properly.

The disease commonly referred to as alcoholic dementia is similar to Alzheimer’s Disease because it causes impairments to cognitive function and memory.

While all of these terms are used interchangeably in general conversation, they are not all the same disease, syndrome, or disorder.

A person struggling with alcoholic dementia may display the following symptoms:

People with alcoholic dementia do not always lose day-to-day memory, which is a symptom-specific to Wernicke – Korsakoff syndrome.

Alcoholic dementia can be caused by a number of factors, not just malnutrition.

A person who drinks excessively for long periods of time end up with brain damage due to:

What Is Wernicke – Korsakoff Syndrome?

Wernicke-Korsakoff syndrome is actually two different issues that can happen together or separately, known as Wernicke’s encephalopathy and Korsakoff psychosis (or syndrome).

Wernicke’s encephalopathy is typically identified by confusion, muscle coordination issues – like leg tremors and unsteady gait, nystagmus (eye movement back and forth), double vision, drooping eyelids, progressive loss of mental activity that can lead to coma or death.

Wernicke’s encephalopathy causes damage to the thalamus and hypothalamus in the brain.

Korsakoff psychosis is a result of permanent brain damage to areas that are responsible for memory formation and recall.

A deficiency of thiamine, or vitamin B1, tends to be common among people with severe alcoholism. This particular deficiency is an issue because nerve cells have to have thiamine in order to work properly.

Thiamine’s purpose in the brain is to assist in energy production using sugar. Without thiamine, brain cells can not create the energy necessary to function correctly.

Failure to treat Wernicke’s encephalopathy will almost always lead to the development of Korsakoff syndrome.

Diagnosing alcoholic dementia or any other form of alcohol-related brain damage is difficult to do if the person is still drinking. Medical professions recommend that a person has abstained from alcohol for at least a couple weeks to properly diagnose.

A person can expect to receive a complete physical examination and will be asked for a complete history as well. It is advised that the person brings a loved one who is very close to them to fill in any gaps due to impairment.

It will be important to disclose when symptoms started to emerge and an accurate recollection of current and past alcohol use and abuse. Tests evaluating mental abilities and potential mental illness are likely to be administered as well.

In some cases, a doctor may request a brain scan to rule out other potential causes for symptoms. Additionally, if the scan reveals that the cerebellum has shrunk, alcoholic dementia is more likely than another form of dementia.

If the following symptoms are present, a diagnosis of alcoholic dementia is probable:

While some of the brain damage caused by alcoholism is irreversible, there is a significant chance of improvement if a person stops drinking, starts eating a well-balanced diet, and receives high doses of thiamine.

During the first phase of treatment for alcoholic dementia, most people require hospitalization. These first several weeks of treatment are for stabilization and may require an alcohol detoxification program that is medically supervised.

Often this will result in intense alcohol withdrawal symptoms, such as agitation, sweating, delirium tremens, hallucinations along with other withdrawal symptoms. Treatment includes benzodiazepines, rehydration, thiamine injections, and proper supplements and vitamins.

After a person is stabilized, they should have ongoing support from an alcohol treatment program and a physical rehabilitation facility.

Because some symptoms and effects of alcoholic dementia will diminish over time, as long as the person stops drinking, it is important to treat the underlying causes of alcoholism. This is achievable with an alcohol abuse treatment program.

We are able to help offer evidence-based alcohol abuse treatment at our facilities. Contact us today to help your loved one have the future they deserve.

Home > Alcohol Abuse > What Is An Alcoholic? > Alcoholic Dementia

Medically Reviewed by
Johnelle Smith, M.D on December 14, 2020
Questions About Treatment?
Get confidential help 24/7. Fill out the form below for:
People also read
Alcoholic Eyes: Can Alcohol Affect Your Eyes? How To Confront An Alcoholic Alcoholic Brain Disease