Cocaine is a strong stimulant drug that can be highly addictive and dangerous. Unfortunately, it’s often abused. People with cocaine abuse issues may benefit from learning about the dangers of addiction and the available treatment options. 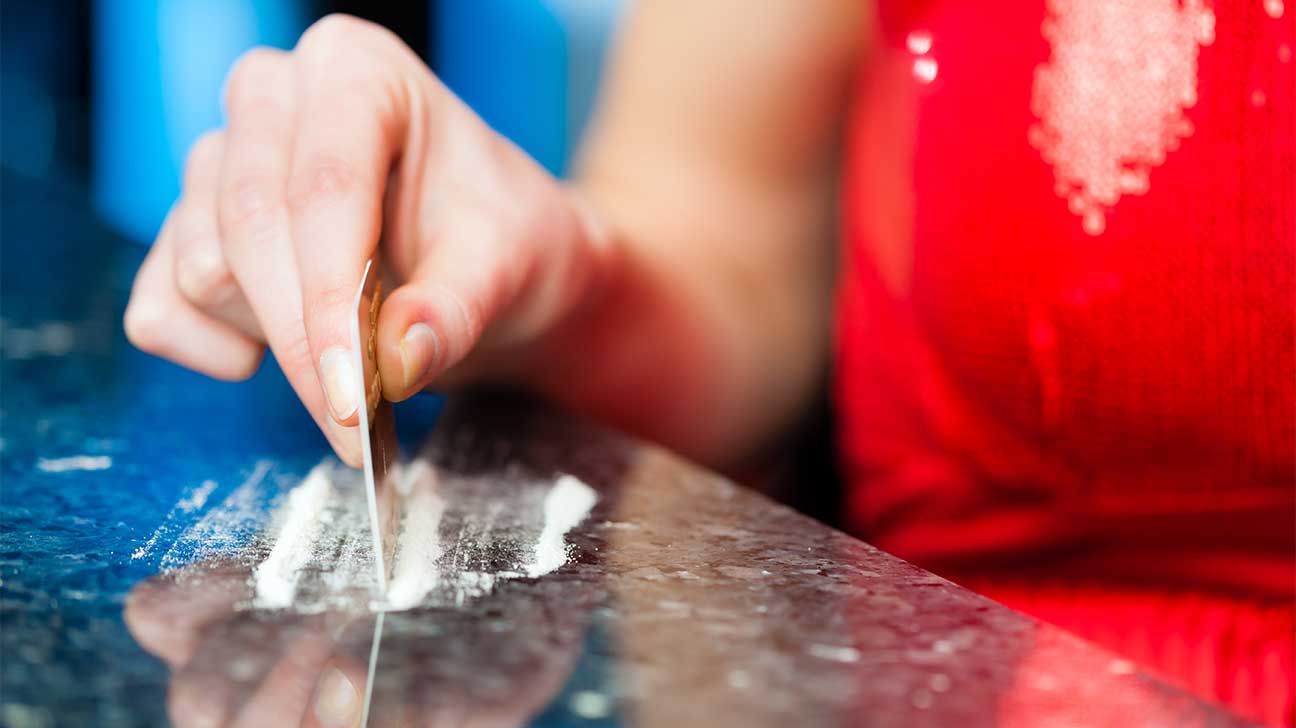 Cocaine is a central nervous system stimulant with a high potential for abuse. Doctors in the United States may use the drug for valid medical purposes, such as a local anesthetic during some surgeries. Still, cocaine is typically seen recreationally in the form of a white powder that a person may snort or mix with water and inject.

People often abuse cocaine through snorting in order to feel a quick onset of desired effects. While snorting cocaine produces a quick high, it can lead to other unwanted and even dangerous effects.

Some of the most severe, long-term dangers associated with snorting cocaine may include:

Of course, the risk of overdose is another potential danger of cocaine abuse.

Dangers And Risks Of Snorting Cocaine

All central nervous system stimulants, including cocaine and crack cocaine, come with certain dangers. Cocaine in particular is highly addictive, which can lead to repeated drug use over time and increase the risk of severe side effects or adverse reactions.

Cocaine can be abused in many ways. Freebase cocaine is heated and inhaled, while crack cocaine is smoked. While all of these methods come with their own risks, snorting cocaine can be particularly damaging to your body.

In addition to the listed dangers, people who snort cocaine are at a higher risk for other potentially severe side effects, including:

Additional side effects from snorting cocaine may include loss of the sense of smell, nosebleeds, runny nose, and problems with swallowing.

A cocaine overdose can happen if a person takes enough of the drug to cause severe adverse reactions, life-threatening symptoms, or sudden death.

Since cocaine is often snorted, smoked, or injected, an overdose could easily occur intentionally or unintentionally.

Cocaine overdoses may lead to any of the following health consequences:

Other Risks Of Cocaine Abuse

In addition to increasing the risk of overdose, cocaine abuse can lead to several physical and mental health effects. These effects can range from moderate to severe.

Other risks of cocaine abuse may include:

Finally, people who abuse cocaine by injecting it could be at a higher risk for Hepatitis C or HIV/AIDS if needles are shared.

When a person snorts cocaine, the drug reaches the brain in only minutes. There, it’s able to create a buildup of dopamine that may last between 15 to 30 minutes. Dopamine is a naturally occurring chemical in the brain that deals with pleasure and reward.

If a person abuses cocaine for a long period of time, his or her brain may eventually get used to the dopamine buildup. The lack of dopamine that a person experiences when they stop taking cocaine can lead to undesirable withdrawal symptoms and lasting physical effects.

In addition to affecting how a person’s body creates and recycles dopamine, snorting cocaine can have other physical effects including:

Other physical effects may include loss of appetite that could eventually lead to malnourishment and movement disorders, such as Parkinson’s disease.

In addition to physical effects, cocaine also has effects on the mind. The short-term mental effects of cocaine can vary depending on how cocaine is abused.

For example, snorting cocaine may lead to a slower onset time and less intense effects compared to smoking or injecting the drug. Still, the risks can be equally as dangerous.

Possible short-term mental health effects of cocaine may include:

If cocaine is abused for a long period of time, there could be additional mental health effects related to withdrawal symptoms, including new or worsening depression.

Many people who struggle with a substance use disorder may mix drugs in order to get a certain effect. This is called polysubstance abuse. Unfortunately, this type of addiction can be harder to overcome and could lead to more dangerous health risks.

Cocaine is often taken alongside alcohol or opioids, such as heroin. Either of these mixtures can create a deadly combination.

Since cocaine is a stimulant and alcohol is a depressant, this can cause a person to take higher doses of one substance or the other. This can easily lead to an unintentional overdose.

Additionally, using cocaine and an opioid such as heroin together is a common practice called “speedballing.” This combination can also increase the risk of overdose or permanent damage.

Signs And Symptoms Of Cocaine Abuse

The most common signs, symptoms, and side effects of cocaine abuse could include:

These signs and symptoms may be more noticeable when cocaine is taken in higher doses or being mixed with other drugs.

If you’ve noticed these signs and symptoms in yourself or a loved one, reach out to a treatment specialist today to talk about the possibility of cocaine addiction.

There are several treatment options available for snorting cocaine. Cocaine abuse and addiction can be treated with inpatient programs and outpatient programs.

Inpatient treatment is more immersive, intensive, and generally the most effective treatment option for people who struggle with cocaine abuse. With this type of treatment, a person will go to a detox facility and stay full-time for several days, weeks, or months while receiving treatment.

With outpatient treatment programs, people typically visit a treatment center several times weekly to get the support and resources to overcome drug addiction.

Most cocaine abuse treatment options include:

Unfortunately, when a person decides to stop snorting cocaine, they may experience potentially dangerous withdrawal symptoms. For this reason, it’s best to contact an addiction treatment specialist that can work with you to decide on the best course of action.

If you or a loved one may be struggling with cocaine abuse or addiction, don’t put off getting help. Contact an AddictionResource.net treatment specialist today to find the right treatment center and program.

Medically Reviewed by
Johnelle Smith, M.D on December 14, 2020
Questions About Treatment?
We offer 100% confidential substance abuse assessment and treatment placement tailored to your individual needs. Achieve long-term recovery.
People also read
Cocaine Abuse, Addiction, and Treatment Cocaine Effects On The Heart Shooting (Injecting) Cocaine Cocaine Side Effects On The Nose (Coke Nose) The Dangers Of Snorting Drugs Dangers Of Cocaine Rectal Use How Much Does A Cocaine Addiction Cost To Maintain?