Cocaine Binge: Side Effects And Risks

In spite of dangerous, adverse side effects, people with a cocaine addiction will continue to binge at parties, or even when alone. Drug-fueled binges often lead to dangerous side effects and death. 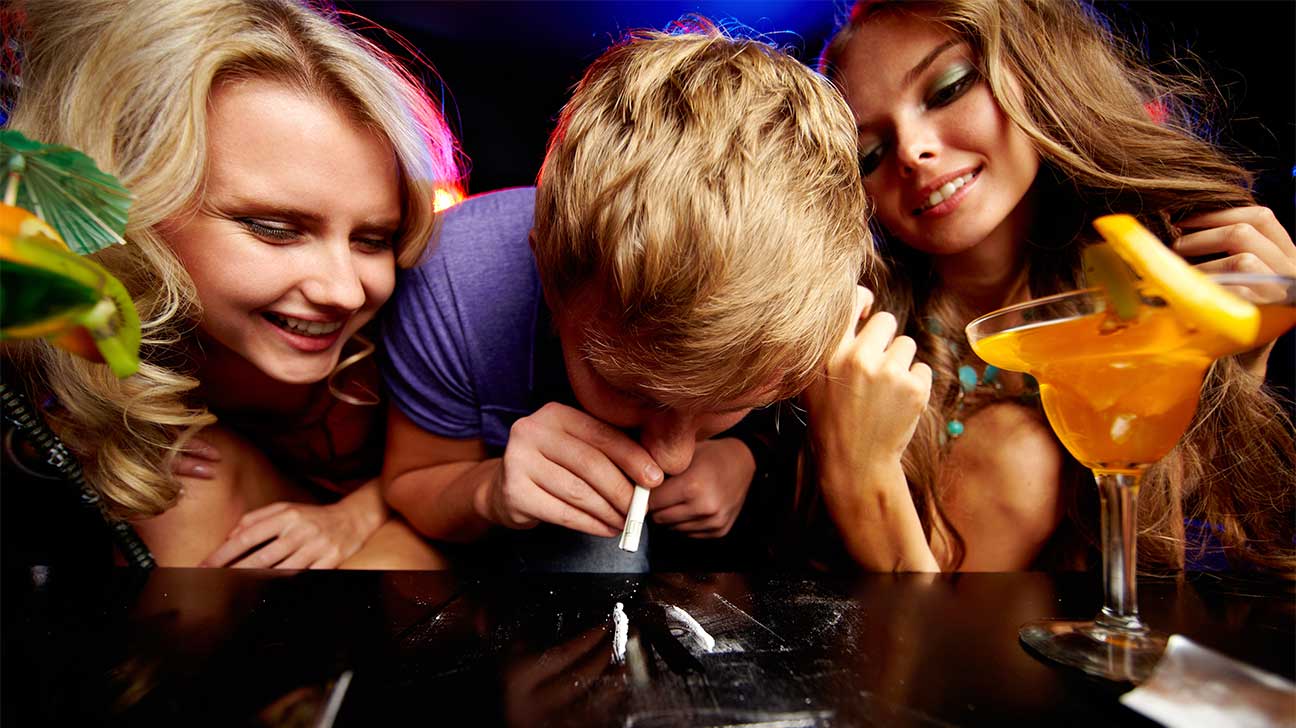 Cocaine is a highly addictive stimulant that is a frequently abused drug among young adults, ages 18 to 25 years old. This illegal drug quickly leads to addiction, dependency, and tolerance.

People who abuse the substance often find themselves stuck in cycles of drug addiction that are difficult to escape without professional medical assistance.

Cocaine is frequently abused in intermittent cycles of repeated doses, or “binges.”

During a cocaine binge, a person will take large amounts of cocaine, crack cocaine, or even methamphetamine, in one dose, or several doses over several days.

Binges are the result of an addicted individual’s intense cravings for cocaine after a period of abstinence, or even detoxification.

People who have become addicted to cocaine will continue to binge on the drug at parties, or even when alone. Drug binges often lead to dangerous side effects and may result in death.

What Is A Cocaine Binge?

A cocaine binge is the use of large doses of cocaine over a duration of several hours or days.

Commonly, people who binge on the drug, are stuck in cycles of drug abuse that include intense cravings, withdrawal symptoms, and drug-seeking behavior.

Depending on the severity and stage of cocaine addiction, a person may continue to abuse the drug until severe side effects occur.

Signs of a cocaine binge may include:

Side Effects Of A Cocaine Binge

Cocaine use can lead to severe side effects that may vary, depending on the duration of abuse, the health of the person abusing the drug, the method of administration, and the dose of the drug.

A person may spend several hours or several days snorting, smoking, or even injecting the drug. A drug binge may increase a person’s risk of contracting blood-borne diseases, such as hepatitis, during drug use.

People with pre-existing health conditions such as cardiovascular disease or mental health disorders are at higher risk of developing severe side effects after ingesting too much cocaine.

Side effects from a cocaine binge may include:

People who experience these side effects will require immediate emergency medical services.

Can Cocaine Binges Increase The Risk Of Overdose?

When a person abuses large doses of cocaine, such as through binging, or takes a strong batch of the drug, it can quickly lead to overdose.

Cocaine sold illegally may often include harmful additives, poisons, and other stimulant drugs, which can lead to dangerous effects as well.

Some symptoms of cocaine overdose or toxicity include:

A person who experiences overdose symptoms after binging on cocaine will require immediate emergency medical assistance, which may include a toxicology screen, to avoid fatal outcomes.

Binging Cocaine May Lead To Withdrawal

Many symptoms of a cocaine “comedown” after a binge are similar to symptoms of cocaine withdrawal.

People who have developed addiction and dependence to cocaine may experience severe withdrawal symptoms after they stop use or begin to detox from the drug.

Cocaine withdrawal occurs when a person who has become addicted to the drug stops its use. Withdrawal symptoms commonly appear around six to 12 hours after last use.

Cocaine withdrawal may occur in phases and produce the following symptoms:

When a person frequently binges on cocaine, they are exhibiting signs of severe substance use disorder.

If you or a loved one has a cocaine addiction, or if you have any questions about treatment for substance use disorders, contact our treatment facility through our helpline today.