Freebase Cocaine | What Is Freebasing? | Effects 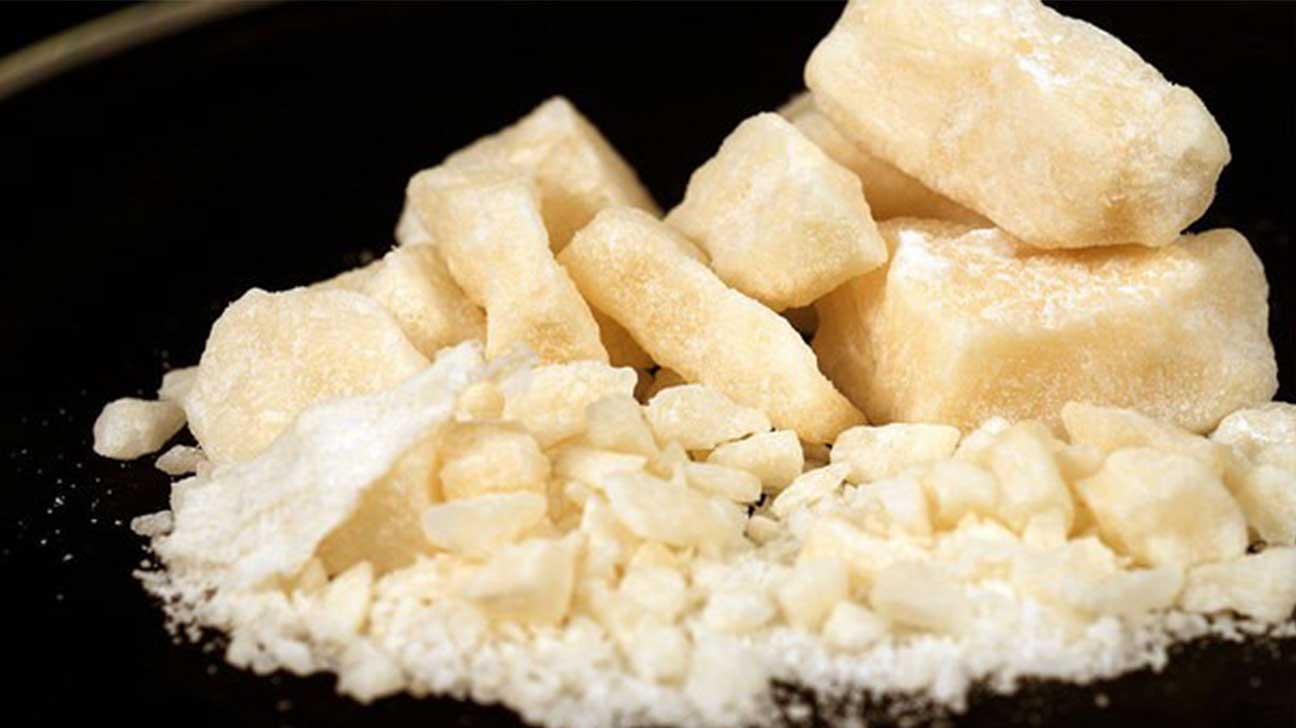 Freebase cocaine refers to a type of cocaine that has been chemically altered to make it smokable. It is manufactured by stripping away the hydrochloride additive in cocaine to produce a solid, rock form of cocaine, known as “freebase” cocaine.

Like powdered cocaine, freebase cocaine is highly addictive and can lead to a wide range of physical, mental, and psychological side effects.

Smoking freebase cocaine can be a sign of drug abuse, which may require professional substance abuse treatment to overcome.

Freebasing is a term that refers to the act of using freebase cocaine. The powder form of cocaine cannot be smoked. Freebase cocaine is cocaine is its purest form, and unlike powder cocaine, has a low melting point that makes it smokable.

Freebase cocaine has the appearance of a white, rock-like crystal. This form of cocaine can be heated in a glass pipe to release vapors that can be inhaled for intense, near-immediate effects.

Is Freebase The Same As Crack Cocaine?

Freebase simply refers to the act of ‘freeing’ the base of cocaine, composed of cocaine hydrochloride and alkaloid, from additional additives.

Side Effects Of Freebase Cocaine

Cocaine is a central nervous system (CNS) stimulant. This means that it stimulates activity in the brain, affecting neurotransmitters like dopamine.

Dopamine is a brain chemical that, among other things, regulates feelings of pleasure, motivation, reward, and body movements.

When smoked, freebase cocaine increases the body’s dopamine levels, producing the infamous “rush” or “high” associated with the use of cocaine.

Smoking freebase cocaine can cause:

Cocaine can also affect the body. Smoking cocaine can increase body temperature, blood pressure, and heart rate. It can also dilate the pupils and lead to muscle twitches or shaking of the limbs, known as tremors.

How Long Do The Effects Of Freebase Cocaine Last?

Freebasing can cause effects within five to 15 seconds. This is quicker than some other methods of cocaine use, such as snorting cocaine or rubbing powdered cocaine onto the gums.

Coming down off the high, also known as the crash period, can result in unpleasant symptoms such as depression, fatigue, and agitation.

Smoking freebase cocaine, or crack cocaine, can have a number of side effects on physical health, mental health, and can disrupt your normal way of life. Here are some potential dangers.

Chronic effects of freebasing can include lung damage, brain damage, and severe addiction. Smoking cocaine can also cause cuts and burns to the lips, as well as cause changes in vision, mood, and psychological well-being over time.

Freebase cocaine is also highly addictive. Due to its short-lived effects, people who use cocaine often do so in binges.

When binging, they’ll take multiple doses over the course of hours or days to avoid experiencing a crash once the effects begin to wear off.

Once addicted to cocaine, it can be difficult to stop taking it alone. This can cause withdrawal symptoms and strong drug cravings.

Illicit forms of cocaine can also be contaminated with drugs like fentanyl. Fentanyl is a highly potent opioid drug that is a leading driver of drug overdose deaths in the U.S.

Fentanyl is 50 to 100 times more potent than heroin and can lead to life-threatening overdose, especially when mixed with stimulants such as cocaine and methamphetamine.

Drug overdose is a leading cause of unintentional deaths in the United States. In 2019, more than 70,000 people died from a fatal drug overdose.

Freebase cocaine carries a higher risk of overdose because it is cocaine in its purest, most potent form. Knowing the signs of a cocaine overdose can be life-saving.

Seek immediate medical attention right away if someone you know is experiencing the following symptoms after smoking cocaine:

Drug overdose is a sign of drug abuse and addiction, which can be treated through an inpatient or outpatient drug rehab program.

More than a million people in the United States are estimated to live with a cocaine use disorder. Treating cocaine addiction involves addressing the physical, mental, and psychological effects of addiction.

Treatment programs for cocaine addiction include:

During the COVID-19 pandemic, treatment providers have also expanded telehealth and virtual treatment services for people struggling with substance abuse and addiction.

If you or a loved one is struggling with an addiction to cocaine, you’re not alone. Recovery is possible. Call our helpline today to find drug addiction treatment near you.