Drug paraphernalia, such as spoons and syringes, are some of the most visible signs of illicit drug use. As a drug that can be injected, snorted, or smoked, heroin use may be detected through the identification of various forms of drug use paraphernalia. 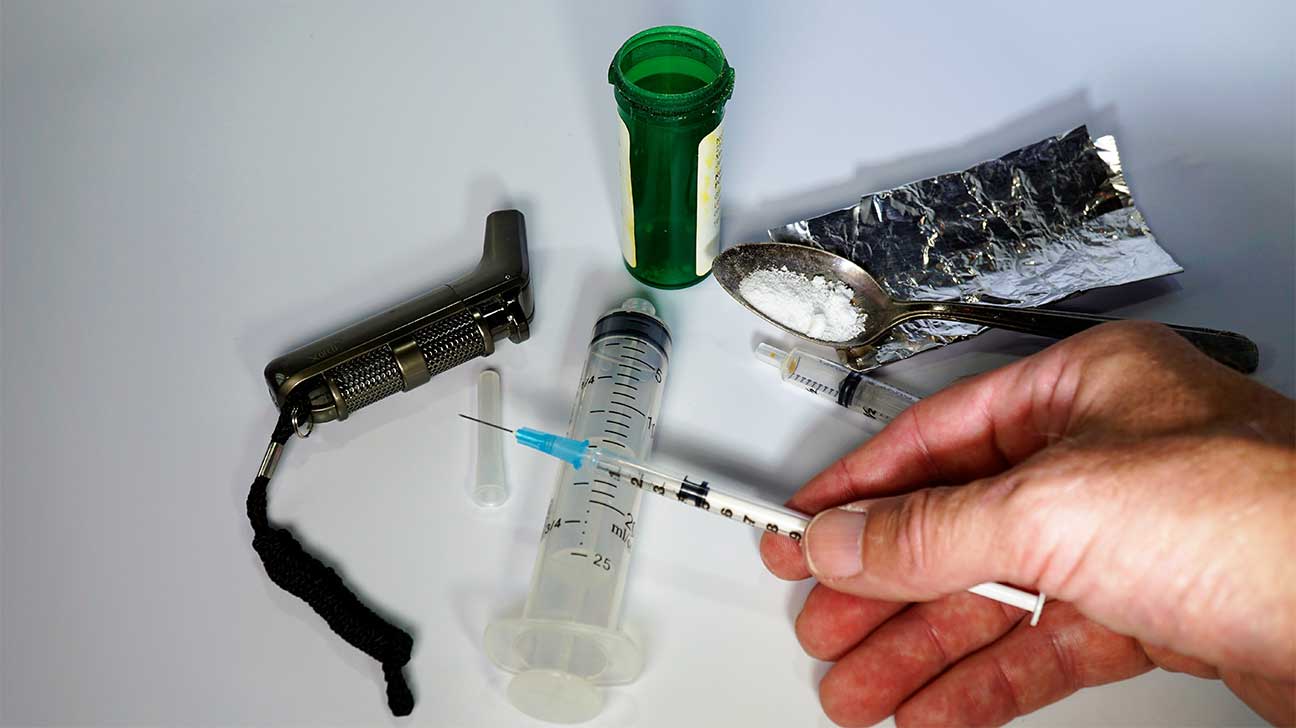 Heroin is an illicit opioid drug that is used by hundreds of thousands of people in the United States each year.

One of the most visible signs of heroin use in a family member or teenage child is the possession of drug paraphernalia. Drug paraphernalia refers to certain tools or supplies that are utilized in order to ingest drugs.

Examples of common drug paraphernalia include:

Heroin is classified by the U.S. Drug Enforcement Agency (DEA) as a Schedule I controlled substance, meaning it has a high potential for abuse, addiction, and no acceptable medical use.

Heroin can be used by way of:

People who use heroin may possess different forms of drug paraphernalia depending on whether they snort, smoke, shoot, or plug heroin.

Heroin is generally used for its rapid, euphoric effects or to stave off opioid withdrawal symptoms among those addicted to prescription opioids.

About half of people who use heroin report injecting it. Shooting heroin can provide the quickest effects, although the high of injecting heroin is generally short-lived. 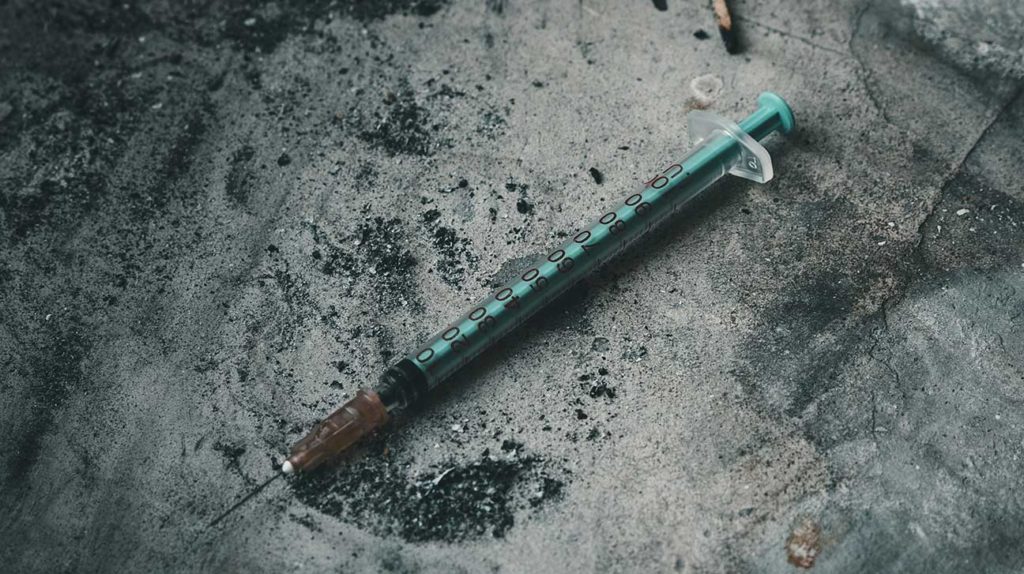 Heroin can be injected into the muscles, veins, or under the skin. People who inject heroin will need to either heat heroin to create an injectable substance, or dissolve black tar or powder heroin in liquid to be injected.

Objects such as rubber tubing, extra-long shoelaces, or belts may be used to “tie off” a person’s arm to prepare a vein for injection.

Snorting heroin is less common than injecting or smoking it. This is because it takes longer to feel the effects of heroin when it is snorted versus when it is injected or smoked.

People who snort heroin may leave behind white powder residue on hard surfaces or objects, such as straws. Insufflation can also cause runny nose, frequent sniffling, and nosebleeds.

People who smoke heroin may use a glass pipe or heat it up on aluminum foil to produce inhalable vapors—a practice sometimes referred to as ‘chasing the dragon’. 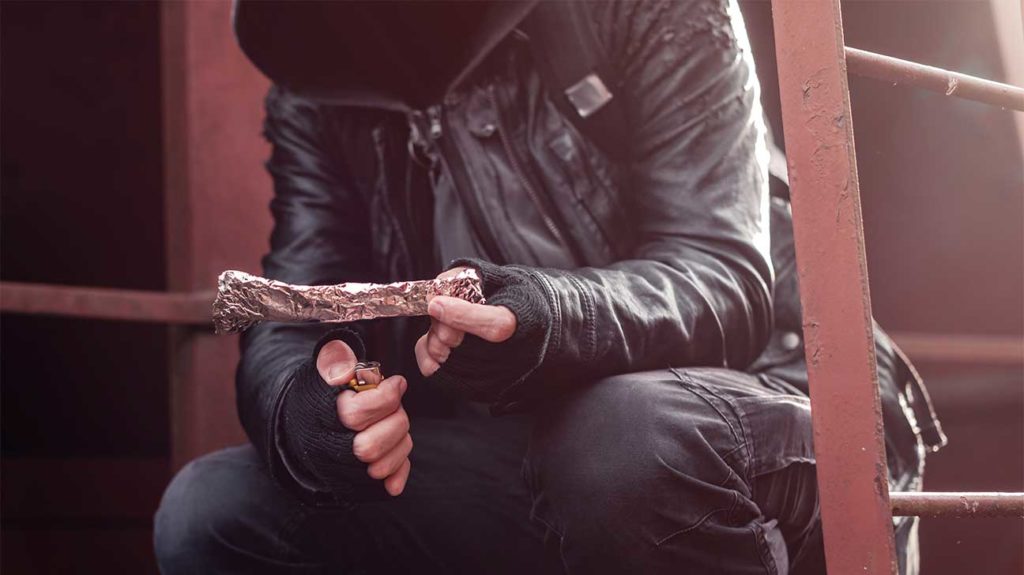 Foil smoking is one of the most common ways heroin is used, following heroin injection.

Smoking heroin can result in effects within minutes and doesn’t carry risks of contracting infectious diseases such as HIV or hepatitis associated with needle-sharing.

Where Do You Find Heroin Paraphernalia?

Many people who use illicit drugs like heroin, cocaine, or methamphetamine do so in enclosed spaces, such as a bathroom or bedroom, for privacy.

People who live alone, or are houseless, may use heroin anywhere, including public living spaces.

Some drug paraphernalia, such as cotton balls, may be found in the sink or waste bin.

Residue from powdered heroin may also be left on hard surfaces, such as bathroom counters, tables, desks, or paraphernalia used for drug use.

Quitting heroin can be dangerous to attempt alone.

Entering a medically supervised detox program, followed by an inpatient or outpatient drug rehab program, is highly recommended for people who are trying to overcome an addiction to heroin.

If you’re looking for treatment for yourself or a loved one, call our helpline today to speak to an addiction specialist about finding a drug addiction treatment program that’s right for you.

Medically Reviewed by
Johnelle Smith, M.D on March 15, 2021
Questions About Treatment?
Get confidential help 24/7. Fill out the form below for:
People also read
Identifying A Heroin Syringe Heroin Spoon: What Is It And How Is It Used? What Does A Heroin Pipe Look Like? Heroin Identification Heroin Eyes Heroin Abuse And Addiction