How Does Fentanyl Interact With Other Drugs?

Fentanyl is a potent and potentially dangerous prescription opioid that is used in treating severe pain. While it is risky to use on its own, fentanyl can be even more dangerous when combined with other prescription drugs and medications. 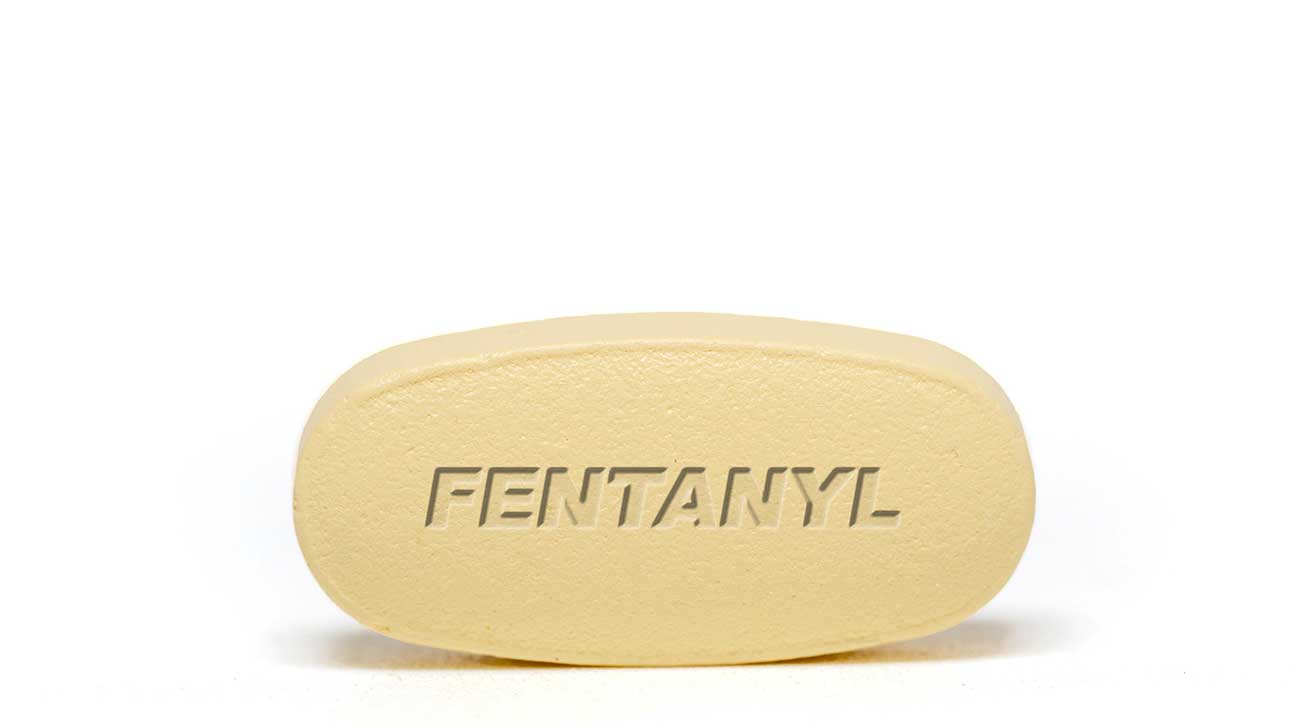 Fentanyl is a type of synthetic opioid that is known for being particularly strong and potent. It was first approved by the U.S. Food and Drug Administration (FDA) in 1968.

People who engage in fentanyl abuse may experience strong effects, and should be aware of dangerous interactions that could take place when fentanyl is taken with other medications.

The Uses Of Fentanyl

Fentanyl is most commonly used in the treatment of severe pain or chronic pain and is usually only prescribed after other medications have been unsuccessful in providing pain relief.

Common brand names for fentanyl include Duragesic and Actiq.

When fentanyl is abused on the streets, it is most commonly for the euphoric high and sedation that it produces.

Fentanyl can be used both medically and illicitly in multiple forms.

Fentanyl can be taken in flavored oral lozenges. On the street, these lozenges are put on sticks and called fentanyl “lollipops.”

In a medical setting, fentanyl is often injected intravenously directly into a vein. This route of administration is frequently used when abusing fentanyl because it delivers the fastest high.

Transdermal fentanyl patches deliver a constant dose of fentanyl through the skin and last for up to 72 hours.

The Effects Of Synthetic Opioids

Fentanyl and other similar synthetic opioids can have strong effects on a person both physically and psychologically.

Below are some of the most common physical and psychological effects of fentanyl abuse.

Fentanyl use slows down a person’s brain and body functions, resulting in slow breathing, a slow heart rate, low blood pressure, and a low body temperature.

Psychological effects of fentanyl use can include euphoria, anxiety, and a sense of relaxation and well-being.

The following are some of the most common drug interactions with fentanyl that come with potential risks and side effects.

You should always speak with your prescribing physician before taking any medications or supplements together with fentanyl, even over-the-counter medications.

Antibiotics are used for treating infections but they can also change the way a person’s body metabolizes drugs such as fentanyl.

Erythromycin is an antibiotic that is most commonly used in the treatment of acne.

When used with the fentanyl transdermal patch, erythromycin can alter a person’s drug metabolism and the effects and side effects of fentanyl can increase.

Opioids can be used in combination with some anticonvulsants for pain relief, but not all are safe to take with fentanyl.

Carbamazepine is used in treating epilepsy and bipolar disorder.

Phenytoin is used to prevent and control seizures and is considered an antiepileptic drug.

Antifungals are used for treating fungal infections and can often have negative interactions with other drugs, including opioids.

Ketoconazole is an antifungal used in treating parasitic infections, but it can also inhibit CYP3A4 and slow down metabolites in the body.

Antivirals are used in treating an array of viral infections.

Ritonavir is a medication that is used in the treatment of HIV infections.

It can also prolong the half-life of fentanyl, so it is not recommended that the two medications be taken simultaneously.

Benzodiazepines and opioids can both be extremely dangerous on their own, as they both can cause respiratory depression and sedation.

When opioids and benzos are mixed, they will heighten each other’s effects and increase the risk of a life-threatening overdose.

MAOIs are a type of antidepressant that change certain chemicals and neurotransmitters in the brain such as dopamine and serotonin.

Both fentanyl and muscle relaxants slow down brain activity and present a moderate risk when taken at the same time.

Taking these medications together can result in extreme drowsiness, slow or difficult breathing, and loss of consciousness.

Fentanyl is already 100 times more potent than morphine, and should never be used in combination with other opioid analgesics, such as oxycodone or sufentanil.

Codeine and fentanyl are both opioids, and using them together will strengthen each other’s effects and could have serious side effects.

Tramadol and fentanyl are both analgesic opioid agonists that can have severe adverse effects and can increase a person’s risk of an opioid overdose when taken together.

Like certain antifungals, grapefruit juice can slow down the metabolism of fentanyl by blocking the action of intestinal CYP3A4.

Contraindications For Fentanyl Use

In addition to medications that should be avoided while taking fentanyl, there are also certain conditions that may have special complications with opioid use.

Because fentanyl can result in respiratory depression, it is not considered safe to use if a person has obstructive airway conditions such as asthma.

Ileus is a condition that can cause severe constipation, so fentanyl should be avoided, as it can also cause constipation.

Fentanyl can cause extreme sleepiness and sedation, so it is not safe for someone who has had a recent head injury or concussion.

Opioid use can lower a person’s blood pressure, which can be dangerous when a person already has hypotension (low blood pressure).

Fentanyl is not just abused by itself but as an additive to other drugs.

Drugs like cocaine, alcohol, and marijuana can be laced, cut, or taken with fentanyl, sometimes without the knowledge of the person abusing the drug.

Marijuana can be laced with fentanyl without the knowledge of the person using the drug. A grain of fentanyl can lead to symptoms of overdose.

Signs of overdose can include:

Cocaine can be cut with fentanyl and lead to a fatal overdose, as has been reported by the Drug Enforcement Administration.

Sometimes, even dealers don’t know that the cocaine they are selling has been cut with fentanyl.

Because fentanyl looks like many other drugs in powder form, it can easily go unnoticed in drugs like methamphetamine.

Fentanyl and meth pose a deadly combination and can lead to a fatal overdose.

According to the Centers for Disease Control and Prevention (CDC), 150 people die every day from overdoses related to synthetic opioids.

Buying fake prescription pills is dangerous because they can be laced with fentanyl and you won’t know it.

Fentanyl-laced Xanax is particularly dangerous to teens who seek out and abuse the prescription benzodiazepine.

This makes it a deadly combination with alcohol because both are central nervous system depressants.

The best way to avoid negative drug interactions is to always speak with a healthcare provider before taking anything along with fentanyl and to always follow their instructions.

People who use fentanyl frequently may want to keep a dose or two of naloxone on hand, which is the opioid overdose antidote that works by blocking opioid receptors in the brain.

Overcoming a fentanyl drug addiction is not an easy task, but there are multiple tools and treatments available to help with fentanyl withdrawal symptoms.

Below are some of the most common treatments for fentanyl addiction.

Medical detox is usually the very first step in overcoming an addiction to fentanyl or any other opioids.

Fentanyl detox allows people to go through withdrawal safely and comfortably under the supervision of healthcare professionals.

Evidence-based treatments for opioid addiction usually include medication-assisted treatment (MAT) to help wean people off of opioids safely and comfortably.

Both detox and MAT for opioid disorders typically use opioid replacement therapy medications such as methadone and buprenorphine.

FAQs For Fentanyl Abuse And Treatment

The frequently asked questions below may help you or your loved ones narrow your search for a fentanyl addiction treatment facility.

What Is Pink Fentanyl?

Is Fentanyl Considered A Controlled Substance?

Yes, according to the Drug Enforcement Administration (DEA) fentanyl is a Schedule II Controlled Substance.

This means that under proper supervision fentanyl has legitimate medical use.

Is It Safe For Pregnant And Breastfeeding Women To Use Fentanyl?

No, it is typically not considered safe for women to use any opioid anesthetics during pregnancy or breastfeeding.

Using fentanyl during pregnancy will raise the levels of toxicity to the fetus, and may cause a range of birth defects.

Can Fentanyl Be Laced In Marijuana?

Marijuana is not a likely drug to be laced with fentanyl. This is due to the difficulty of hiding fentanyl in marijuana, as well as the lack of financial motivation.

However, cross contamination is possible, so it’s important to be aware of the danger.

It is never too early or too late to begin your recovery journey or to help your loved one start on theirs.

If you are considering professional substance abuse treatment for yourself or one of your family members, please consider giving our helpline a call.

Home > Fentanyl > Drug Interactions
Questions About Treatment?
We offer 100% confidential substance abuse assessment and treatment placement tailored to your individual needs. Achieve long-term recovery.
People also read
What Are The Different Types Of Fentanyl? Is There An Antidote For Fentanyl Overdose? Fentanyl Detox: How Does It Work?